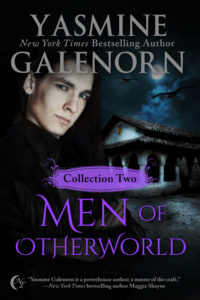 Now though, Vanzir was free. Sticking around was his choice, but sometimes he wasn’t sure why he had. True, the only place that had ever remotely felt like home was in the D’Artigo household. And true, he fully believed in the cause against Shadow Wing—the Demon Lord was the doom of everything sane that walked in the three realms, and Vanzir couldn’t just walk away and ignore the threat. But sometimes…sometimes he thought about hitting the road and seeing where it took him.

A voice interrupted his thoughts. “Demon, the Queen will see you now.”

Bruce’s ears perked up. What the hell? As he gazed around the cabin, it struck him that he maybe he slipped back in time, except for Rupert’s comment about the news. The living room was spacious but sparse, with a ratty old sofa and armchair against one wall, a big woodstove to the right. A large table with six chairs sat near the opening to the kitchen. Two other doors led off to the right, and a ladder up to what looked to be a loft of sorts. The smell of stew wafted through the air, along with that of fresh bread. Bruce’s stomach rumbled.

“Please, who are you?” Bruce managed to slip out of the man’s grasp.

Trouble was, Morio had fudged the truth to Camille. She thought they were okay with the marriage, but the truth was anything but that. His parents disliked and distrusted humans and Fae alike. When they found out he had married outside the clan, they had gone ballistic, threatening to come put an end to the union. It had taken every ounce of diplomacy he had to smooth things out so they weren’t banging on the door with annulment papers. But he didn’t want Camille to know that. It would hurt her feelings, terribly so. And the fact that his family lived in Japan made it much easier to put off the truth for now.