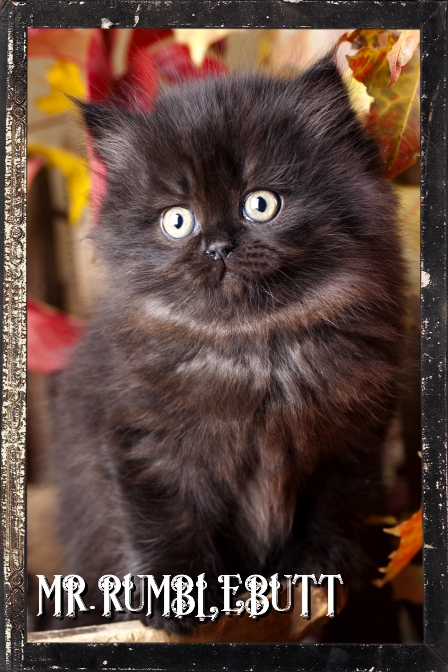 Every other Friday I’ll be focusing on a character profile from my books/series. Today, we’re stalking Mr. Rumblebutt (because we all need some cuteness)! 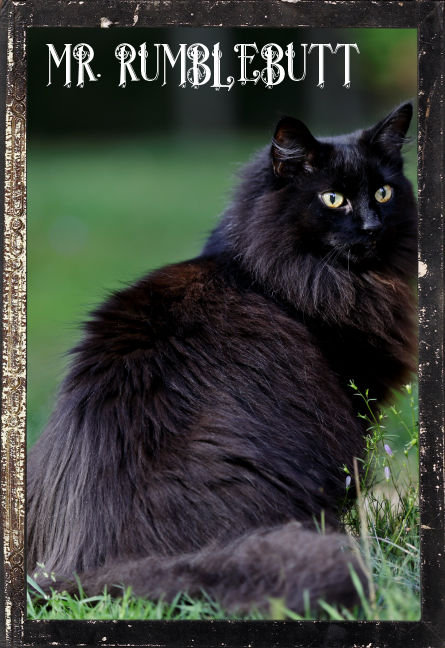 Mr. Rumblebutt weighs sixteen pounds and is about five years old. Ember found him shortly after she bought her condo, when she was out on a case one day–he was a tiny kitten lost in the woods. The client she was working for at that time told her he had lost a kitten, because he’d let the cat out and spaced out on bringing him back in.

The client seemed so unconcerned, that Ember decided Mr. Rumblebutt deserved a better home and snuck him into her car.

Mr. Rumblebutt has taken a shine to Angel, as well, and happily divides his time between the two of them. He’s not a familiar, or a magical cat, but he’s curious, joyful, and likes to cuddle and watch TV with both Ember and Angel.

“As if to prove my point, Mr. Rumblebutt decided that he’d climb on her lap. Paws against her chest, he stood, staring her in the face. He licked her nose, then turned around to look at me as if asking, Why are you still here? Leave me alone with my new friend.”

Grunting, I managed to push myself up to where I was propped against the side of the sofa. Mr. Rumblebutt came meandering into the living room and he paused, staring at me with a scathing look as he let out an earsplitting meow.