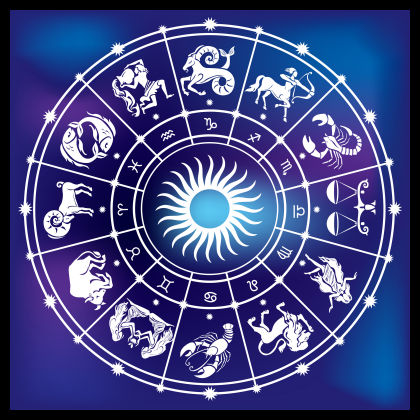 Warm greetings to you!

As mentioned in my bio for this site, I practice transformational astrology. What  this means is that I put a heavier emphasis than most astrologers on the energies of Pluto, the planet that represents transformation of all kinds. This planet, along with the north and south nodes of the moon, represents your soul’s purpose in experiencing this life, and the two nodes of the moon show the most critical factors to work with for accessing your true self, or in this case, for accessing our true culture.

When astrologers look at the energies of an event, such as this new year, we use the time when it began, just as we use a time of birth for people. The resulting astrological chart outlines the energies with which we will be working throughout the year. This lets us make much more informed choices in how we work with the energies around us.

I’ve given our Samhain/New Year a birth time of 12:00am Pacific time, October 31, and reviewing the resulting chart, it’s clear that we’ll be having another “interesting” year; no surprises, really. Pluto, whose energy transforms everything it touches, continues in the sign of Capricorn, where it has been since late 2008. Remember the great recession? That was the first of the big changes that have been wrought through the energy of Pluto in Capricorn.

The transformative energy of Pluto has been steadily, inexorably forcing changes in all things Capricorn, such as our laws, authorities, industries, careers, traditional ways of doing things, etc. Another great example is the transformation, still ongoing, of the publishing industry. For those who are are professional writers, or even if you just like to read books, you have already seen some big changes to the writing and publishing industry.

Both Jupiter, planet of expansion and education, and Saturn, planet of structure and restriction, have been in the sign of Capricorn with Pluto in 2020 –  and have we felt it, or what? We have only to note the major impacts COVID has had on education, not to mention how the disease – and the death toll – has expanded. And when you think of expansion, so have many of our waistlines, as we worked from home. Boredom eating is a thing. And Saturn, which represents restrictions such as lock-downs and quarantine, has also brought us the need to implement restrictions like diet and exercise.

But wait, there’s more. Just before the last quarter of 2019, the “whoa, didn’t see that coming” influence of the planet Uranus moved into the sign of Taurus. Uranus represents sudden changes, acceleration of events, and often trauma, and we’ve certainly seen all of these in this past year. The energy of Uranus also represents innovation, which is a nice addition to its influence, and it will help us to successfully get though this challenging year.

The new year chart shows that for the first few months of this new year, we as a country, and as a world, are still working at cross purposes in terms of how to address many of the issues we’ve been facing, but as Saturn and Jupiter move into Aquarius, we’ll start to see formation, and expansion, of solutions. There will be a new focus on the needs of all of us, because this is the energy of the sign of Aquarius. For Saturn and Jupiter, this will occur within the next few months, and for Pluto, in early 2024. Aquarius is also the sign most closely associated with Uranus, which means all four of these planets’ energies will be working together for some time. Examples of what this looks like are to be seen in the ways that we’ve started using technology such as video-conferencing, for everything from school to weddings. More practical innovations are on the way.

There’s some other energies, too, that will play a powerful role in the new year. In transformational astrology, the energies of both the north and south nodes of the moon are critical to affect the changes being wrought by Pluto – the south node shows us the errors of our ways, and the lessons learned because of them; the north node points in the direction we need to go to regain our balance. Since May 2020, (til early 2022), the north node has been in Aquarius, and the south node in the sign of Leo. These two nodal placements show that we as a culture are going through what you might call a crisis of  faith, truth, and principles. What’s right? What’s wrong? What can we have faith and believe in?

I don’t think I’m alone in feeling that as a culture, we’ve generally sacrificed our sense of these guiding principles to our need to be entertained and our enjoyment of drama. Yes, I’m talking to you, reality TV, social media, Hollywood, and the news. These things aren’t inherently bad; on the contrary, they’ve provided a lot of enjoyment. But they’ve assumed a disproportionate role in our culture’s consciousness, and in how we make key decisions about right and wrong, and what’s important and true. The south node of the Moon in Leo represents exactly this, and it’s a disproportionate aspect of ourselves, that needs to be transformed and brought into balance. We’ve become like that fan who has lost touch with the real world and believes that the actor, who plays a villain in her favorite soap opera, has actually murdered her favorite character. Like this poor soul, we haven’t questioned the beliefs we’ve created for ourselves; there’s been way too much accepting of a convincing story, well acted, as hard truths.

The counter to this – what you might call the cure – is the north node of the Moon. It’s in Gemini, and the 11th house, which represents communication of truth and perspective in the area of greater community or public information. It shows that we need more truly factual information; we need to have a standard by which we can know if it is factual.   All of this fits in with yet another important planetary energy in this chart, and to these changes. This is the planet of consciousness and decisions, Mercury. For this chart, it’s in the sign of balance and justice (Libra) – and in the area of our psychological roots. This shows that we are hungering for the balanced and just truth offered through the north node, and suggests that without it we feel uncertain and insecure.

We do, however, need to prepare ourselves  – with Uranus and the full Moon standing opposite Mercury, the truth we get on October 31 may possibly shock us, even traumatize us. There’s an old saying “The truth shall set you free” but whether it’s to go and have a lovely life, or to continue our drop from that cliff, will somewhat be up to us as individuals and those pesky choices we will be making in our own lives.

I’ve deliberately chosen not to address our presidential election, with happens very early in this new year, since there are so many voices, astrological and other,talking about this important event. I will only continue the theme of making choices that runs throughout this chart reading by urging you to vote – for the candidates and issue of your choice. Whatever your political opinion may be,the freedom to vote is something that truly does make America great; it makes us strong as individuals and as a country. Let’s not give anyone the idea that we don’t value it.

Bright blessing to all!
Carol Shannon