A couple of years ago around this time, I started a project called my Year of Trees. I took a picture of the same street every week for a year, noting the changes to the trees that line that road and then put it into a video. I really enjoyed it and a number of my readers did too, so I decided to reprise it. But I wanted to focus on a different area. So I decided to go to Marymoor Park, a large park in the area with a number of vantage points and took a year of pictures there. Now, I’m starting a third year and decided to make it easier on me. A year in my yard, focusing on the walkway, my Japanese lace maple, and the front walk. So without any more ado…week one.

Week 1: Today we’re due for rain after the longest dry spell the Seattle area has had. It’s been horrible, and we are so looking forward to the rain and cooler weather. At least the clouds are piling in. (Note: by the time I got this posted, we are indeed having rain. Thank the gods!). What you see is my Japanese lace maple, and in the distance, my giant sequoia, and the weeping sequoia. We hab birdfeeders–you can see one here, and the other one is directly in the line of this pole. Along the path are dahlias, two hydrangeas, some iris leaves left from the irises. And in the foreground, mums, and an azalea bush. 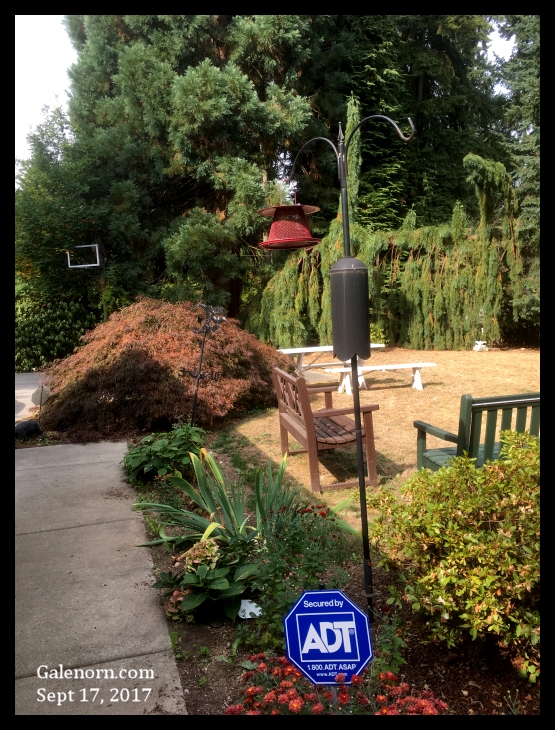 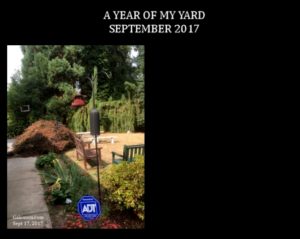