I'm Lyrical, and I was born to the Leannan Sidhe, and grew up in the moors until my Pod was invaded by the Kelpie, who killed my brothers and parents, and took me hostage. The King of the Kelpies wanted to make me his bride, but Morgana heard my prayers and rescued me. Now, the fun is just beginning.

Brought to Seattle by Morgana, I'm set loose to watch the Dragons for the Wild Hunt, along with a wild card demigod named Yutani. Together with Talia, a harpy who lost her powers, Wager Chance, a PI, Wendy, an Amazon who used to work in a bar, and Trinity, one of the Ante-Fae who has just about every lock and key mastered, we're supposed to keep ourselves undercover.

But life is complicated, and things get out of hand...

You do not have to have read the Wild Hunt series in order to read this series. For readers who love my Wild Hunt Series, my Otherworld Series, and who love smart, competent, and slightly twisted heroines. Adventure/action, lots of ooo-spooky, and a little bit of twisted humor. 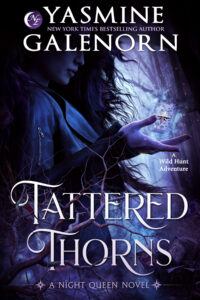 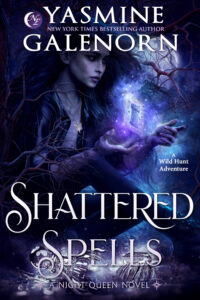