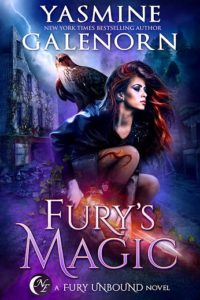 The golden boys had come in off the Seattle World Tree only a couple hundred years ago. Before that, the Conglomerate relied on humans and Otherkin for their police and military forces, but in the Devani, they found their perfect conscripts.

They came from the realm of Elysium, the golden-skinned warriors with turquoise blue eyes. Straight shouldered, they were clone-like. It was difficult to tell them apart, save for whether they were male or female. Even among themselves, they communicated by what linguists decoded were series of numbers and sounds. The Devani showed no emotion. There were no recorded instances of a Devani crying, or offering help in anything but a military fashion. In fact, they were so ruthless and focused that at first humans thought they were robots or AI. But all it took was one skirmish where blood was drawn for that theory to be dismantled.

When that first brutal battle ended, with humans barely managing a win, the Devani had lay down their weapons and acknowledged their loss by pledging to serve the victors. Which apparently meant anyone who lived on this side of the World Tree who had authority.

Their actions rocked the world. Their loss had been a fluke, only through some backhanded strategies pulled by our forces. Everything was recorded in the history books. Humans played dirty, and they played to win. The Devani marched to a rigid code. The two systems were vastly different and the Conglomerate had used those differences to wrangle control. Now the Americex Corporatocracy was the most feared nation in the world. Apparently the Devani had only shown up in our corporatocracy. Sadly, the people of our nation feared the police as much as the rest of the world did.