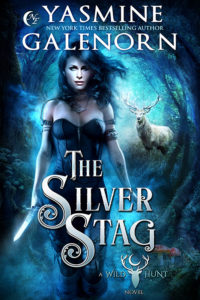 Series Page for series information and pics of the characters: The Wild Hunt

To my left, a murder of crows had set up a racket, and to my right came the shriek of a red tail hawk, which was setting off the crows. The hawk was hunting, that much I could tell, and as I listened, a gust of wind came rushing through. For a moment, I could swear I heard voices on it—talking, as though a group of people were passing by. I squinted, but could see nothing. I wasn’t good at catching a glimpse of the Unseen, although I could sense when they were around. Angel was better at that than me.

As the energy settled around me, I felt like I had entered claimed territory. I was an intruder here, and there were eyes all through the forest. I breathed a sigh of relief when I finally arrived at the Wonder Trail, the shortcut DJ usually took, and eased my car into one of three parking spots. Turning off the ignition, I leaned back in the seat, listening.

Below the layer of the crows and hawk, below the voices I had heard, there surged a current of energy. I followed it, sourcing it back to the trees and the soil and the animals that made up the forest around me. City park or not, this was a Wild Place, and even though I was Fae and was used to them, that fact made me nervous. Wild Places could be dark and brooding areas, and they were dangerous for the unwary—human or otherwise. They were tied into the very heart of the planet, the deep forces that made up the bones of the world and there were spirits and creatures in them that were far more deadly than anything walking on two legs.