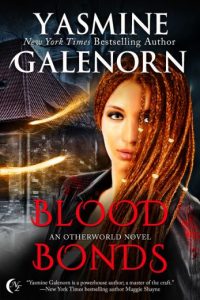 Raven Mother spoke in the same low tone. She pressed her forehead to mine as she clutched my shoulders. “You always pride yourself on being your father’s daughter. A soldier’s daughter. But you don’t want that, do you? You never wanted that. Be honest with me.”

I hated her. I hated that she was forcing me to look deep inside myself, beyond the platitudes I had mouthed for years. But she was right. I chafed at the restrictions. I had hated my father for making me take my mother’s place and leave my childhood behind as I took up caring for my sisters. I hated that he had drilled it into my head that I owed everybody else my service except myself.

“Yes,” I choked out. “I never wanted to be the one to carry the load.” And then, I found my own tongue again and straightened my shoulders, shaking off her grasp.

“But whether or not I wanted it, I carried through. I did what needed done. I accepted the responsibility because nobody else was there to assume it. And that’s what I’m asking from you today. I’m not asking for a favor. I’m asking you to step outside yourself for a moment, to do something that serves others. To back us up because it needs done, not because you’re going to gain anything from it.”

Abruptly, the buzz of energy died down and I held myself tall, gazing into Raven Mother’s face with an oddly serene feeling.

Everybody was staring at us, but no one said a word until Bran stepped over to my side. He turned to his mother.

Raven Mother paused for a moment, her gaze darting between her son and me, and she finally stepped back and gave us a firm nod.