We’re starting a new feature here on the blog–every other Friday I’ll be focusing on a character profile from my books/series. Today, we’re stalking Ember Kearney, main character from the Wild Hunt Series. I love writing Ember–she’s had a rough life but she’s still loving and caring, and she’s as loyal of a friend as you’ll ever find. I find her more grounded than most of my characters, and she has a lot of hidden layers that I’ve barely touched on. She (along with Raven from the series) have become my favorite characters to write. 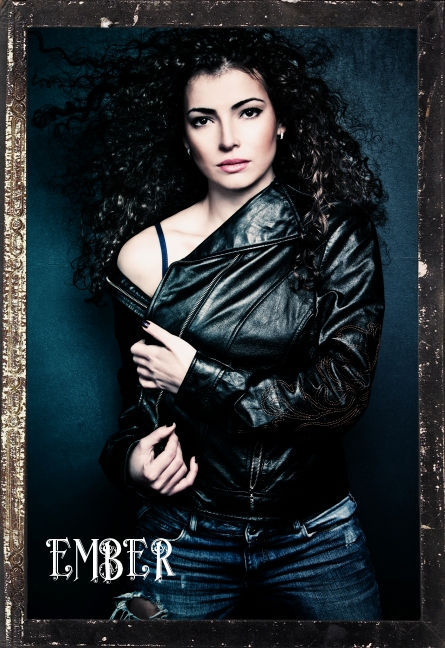 Ember Sabina Kearney is 31, with long curly black hair and green eyes. At 5’6″ she’s muscled and sturdy, and very curvy.

Ember is half Dark Fae (Autumn Stalker from her father’s side) and half Light Fae (Leannan Sidhe from her mother’s side). Her birthday is January 6th. She has the birthmark of the Silver Stag on her lower back (the shape of an elk head and antlers), and a tattoo of a dagger surrounded by vines on her forearm (from her work with the Wild Hunt Agency).

Ember’s pledged to Morgana, goddess of the Fae and of the Sea, and she’s also committed to Cernunnos, Lord of the Forest.

Ember grew up with only her best friend Angel and her parents to rely on for support. Considered a Tralaeth–a mutant/abomination–by both Fae Courts, Ember turned her back on both of them.

Ember has a cat, Mr. Rumblebutt, a black Norwegian Forest cat who’s been with her for several years. She loves animals, caffeine, and food.

“I had grown up loving the moon. The night felt like a comforting blanket, and the moon, my silent companion. When I was young, I used to climb outside my bedroom window and sit on the roof, watching the sky.”

“But until that day—for however long we had on this planet—it was vital that we kept fighting for what was right, and that we celebrated the milestones of our lives with friends and family and loved ones. Because at the very end, only that love would carry us through. And at the very end, our memories were all we had to mark our time here.”