Every other Friday I’ll be focusing on a character profile from my books/series. Today, we’re stalking Kipa, Lord of the Wolves, one of the gods, and a distant cousin to Herne. Kuippana, or Kipa, comes from Finland originally–from Tapiola, the Realm of Mielikki and Tapio, Finnish Goddess and God of the Forests. He’s considered Lord of the Wolves, and all wolves can and will answer his call. In the Wild Hunt world, he’s the son of Rauni and Ukko–the Lady and Lord of the pantheon. 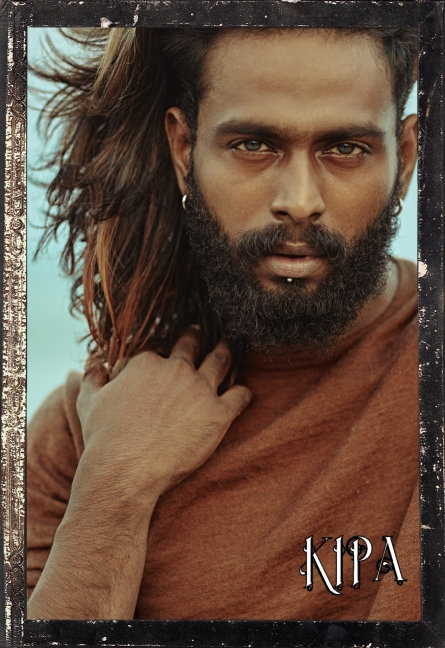 Kipa was kicked out of Mielikki’s Arrow for trying to seduce Mielikki, but he’s been recently accepted back into the organization on a probationary basis. While he’s not an official member of the Wild Hunt, he helps out as if he was. He and Herne have a volatile past. Herne caught Kipa in bed with Herne’s former fiance, a dryad named Nya. But now, they’ve put most of their competition behind them–most, not all.

Kipa’s elite guards come from the SuVahta, a tribe of wolf shifters. The guard are known as the Elitvartijat, and they can control earth magic and storms to a degree. They’re nearly Immortal, almost Elemental in their own right.

Kipa is involved with Raven BoneTalker, and for the first time in his life, he’s met a woman who can match him. He’s always been a rogue, but in the past he has been in love once, deeply, with a mortal whom he stayed with until she aged and died.

Kipa can turn into a giant wolf, and he roams the forests as Lord of the Pack. He’s 6’2″, muscled yet trim, and has a tattoo of wolves howling at the moon across his back. He also has tribal bands around his upper arms. His eyes are a rich brown, his skin color is a golden brown, and he has a dolphin bite piercing on his lower lip.

As we began to clear up our notes, Angel returned, a tall man following her. With skin that was finely tanned to a light golden brown, and eyes so dark that I found myself falling into them at a single glance, he was striking. His hair brushed his shoulders and he had a full beard and mustache, all a rich brunette. His lips were full, and he wore a V-neck sweater in forest green, and a pair of camo pants. Both his ears were banded with earrings—at least four on each side, and the center of his lower lip was adorned with two silver rings, side by side, looped around his lip and through—a dolphin bite piercing. Herne was a beautiful specimen of masculinity, but he had his match in this man.

“Kuippana,” Angel said, her eyes lingering on him as she spoke. Herne held out his hand. “Kuippana, thank you for coming,” he said quietly.

Kipa silently set the tray on the dresser, his eyes dark as coal. He swept his gaze over me, lingering long enough to set me on fire.

I jumped to a crouching position, hand on the mattress to brace myself. “Come get me,” I said. “I dare you.” I sprang off the bed, leaping for the door.

Kipa let out a loud howl, launching himself in front of me. “You’re not going anywhere, beautiful.” His voice was throaty, raw and hungry.

“Make me want to stay.” I pressed my hands against his chest, pushing him back so I could look at him. His muscles rippled under my fingers, the fierce strength tensing as I leaned forward and slowly ran my tongue down his chest. He was salty, the silken sweat beading on my tongue. I could taste the feral magic in him, like sweet wild strawberries on a summer evening.