The first third, I enjoyed, thought–yeah, this is good… 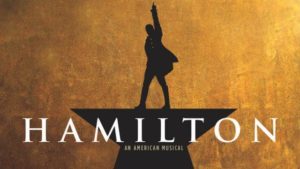 Then something clicked and now I’m one of the people who is raving about it. I was crying by the end, I got so invested in the story and characters. And understand–I do love musicals but I’ve never been interested in American history. It’s just not something I was ever drawn to. I also think…it made me weepy because honestly, why can’t our politics be as diverse as the cast? Why can’t our country be as comfortable with diversity as the cast of the show was?

And the music and performances? Well, I was on Amazon, buying the soundtrack before the show was over, and by the end, I gave up and quit trying to pretend I wasn’t crying. Just took off my glasses and let the tears fall.

Have you seen Hamilton? Are you going to?