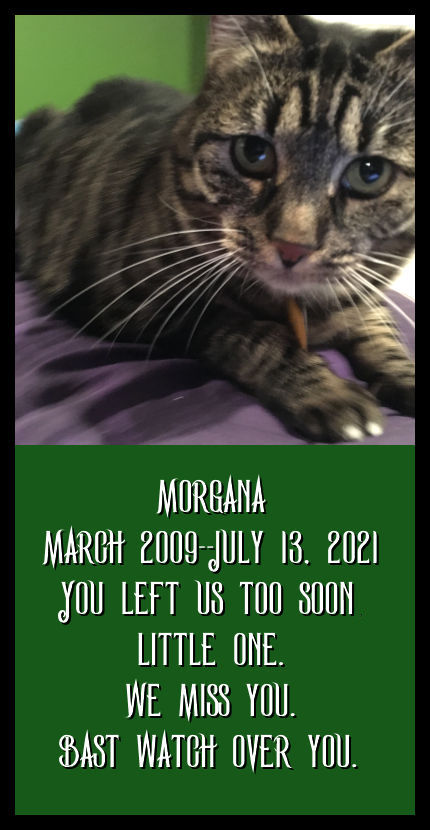 She came into our lives a feral, totally unsocialized little scruffy ball of fluff. We didn’t know she hadn’t been socialized–the vet clinic we got her from didn’t tell us that. We don’t even know if they knew. They had  rescued her and her siblings off Craigslist before somebody unsavory took them.

Morgan had a sister who looked like a snow leopard–like so many part Bengals do–and she was gorgeous. But Morgan was our choice. When we told the tech we’d take her, they automatically reached for her sister and when I said, “No, we want her,” and pointed to Morgan, the woman was surprised. “You mean you want her, not this one?” I was rather indignant for Morgan–she was pretty too, just not as ‘striking.’

We brought her home and she wanted nothing to do with us, but boy did she make a beeline for Caly and Brighid and Meerclar. And boy, did she tag along after them. They were everything to her, and Sam and I were basically chopped liver. Which was fine. That’s just the way she was. 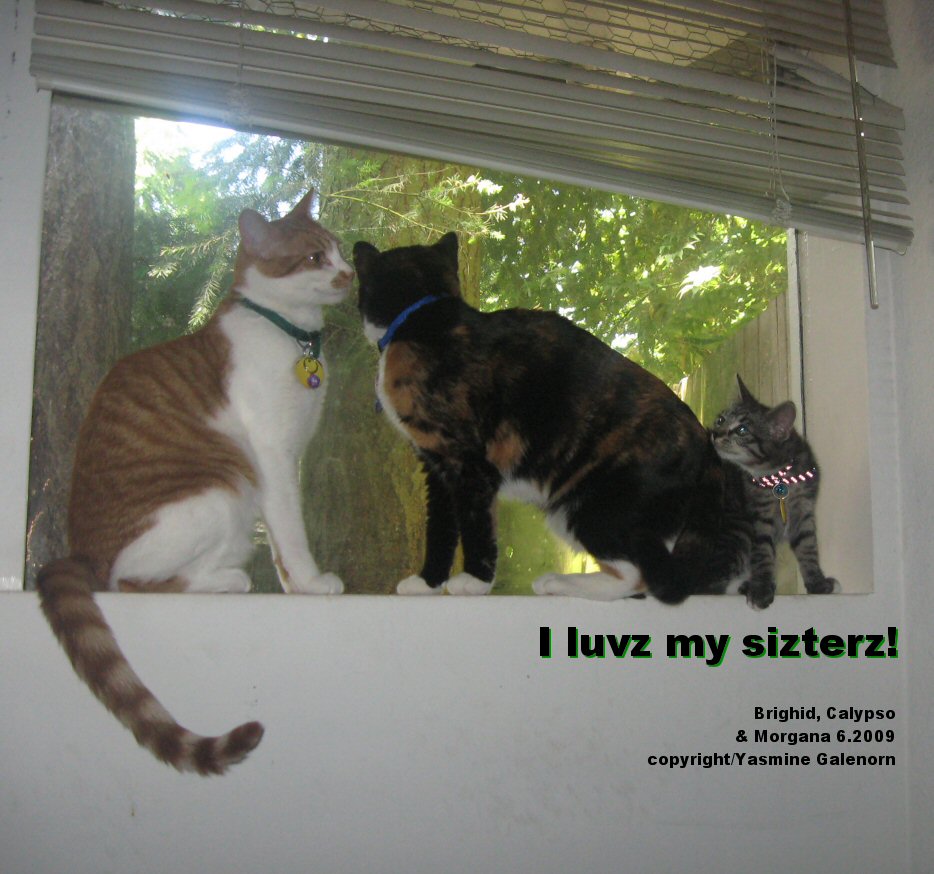 The first time Morgana came up to me willingly was two days before she was supposed to be spayed. She went into heat, and was confused, and came to me to help. I felt like I had won the Mom of the year award–she actually trusted me! After we got her in and spayed, she went back to the ‘I love my sisters’ mode, but now and then, she’d wander up and let us scritch her behind the ears.

Eventually, as time went on, she grew to love being petted and brushed. She was never a lap cat, never let us pick her up, and catching her to go to the vet was an experience, especially when she reached the exalted weight of 16 pounds. But she would come up and twitch her tail at us, indicating “Gee, I’m going to get petted and I’m excited!” and we’d reach down and pet her. Once in awhile, she would crawl on my side when I was going to sleep, snuggling for a brief time before meandering off.

I remember once, waking up just in time to catch a picture of her, her paw raised–she was about to smack me awake so I’d pet her. And then there were the yawns and nose-licks–I always managed to catch Morgana in the act. 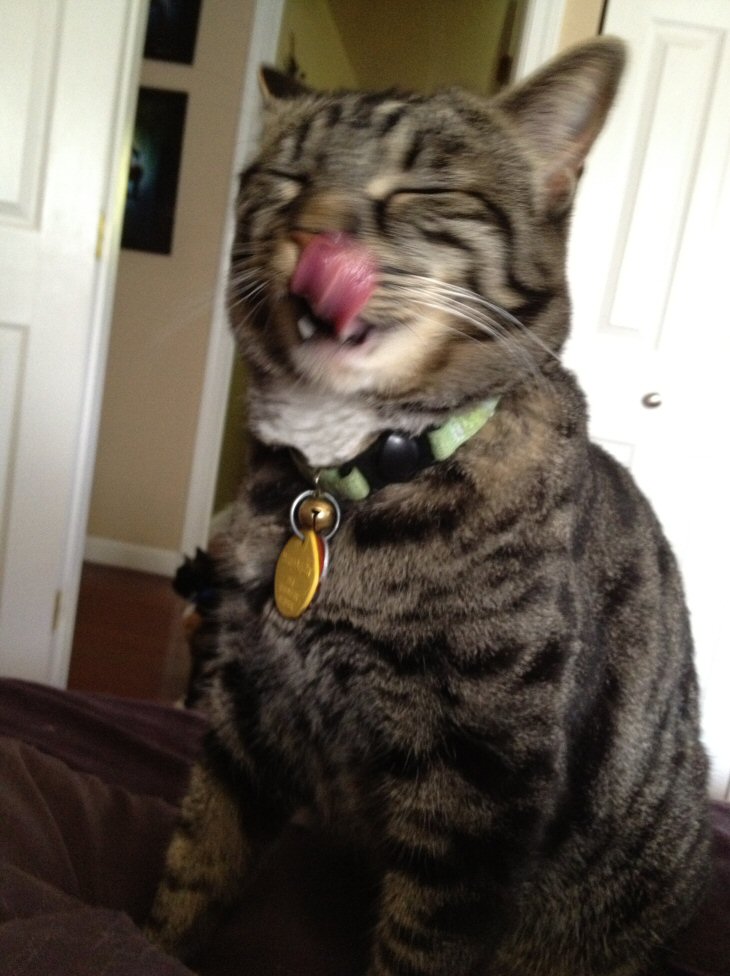 Morgan was always a bit of a loner, going her own way, happy and aloof and yet, she was our gentle giant. As she began losing weight, we began to worry, but her blood work was great so…everything seemed okay. Until it wasn’t. Within the space of a few months, our gentle giant was losing weight rapidly, and when we took her in, yes, the diagnosis was bone marrow cancer–a very rare one. And so today, we had to let her go.

It was too soon–our kitties live a long time. We routinely have seen our kitties live up to 18-21 years old. This has been heartbreaking for us, in so many ways. But we couldn’t fix this…nobody could. It came on so fast and so aggressive, that we had to give her the last, hardest gift we ever give our furbabies. The house will be far too quiet without our gentle giant.