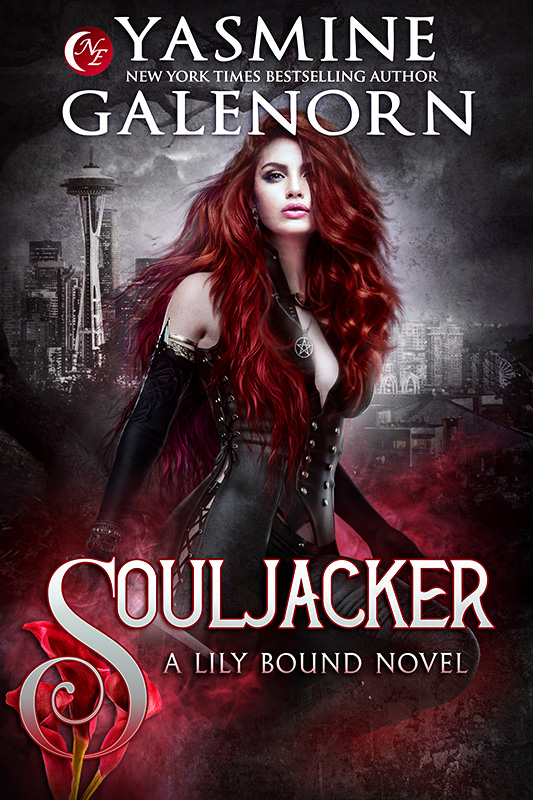 Part of the Lily Bound series:

“Yasmine Galenorn is a powerhouse author; a master of the craft who is taking the industry by storm, and for good reason!” ―Maggie Shayne, New York Times bestselling author

"Ostensibly the story centers on the search for the killer, but it goes much deeper, laying the foundation for what promises to be an insightful exploration of Lily’s process of personal change while giving readers a peek at a political chess game. The characters leap to life, carrying readers along on a journey through a world much like this one but with a dangerous allure." --Publishers Weekly, Starred Review

Lily O’Connell, a succubus, owns Lily Bound, an elite sex salon in the Blood Night District of Seattle. When a client is murdered in her house, a patch of skin missing from his chest, she knows there’s something evil afoot. Then comes the news that the Souljacker―a tattoo-artist-turned-vampire―has escaped from an institution for criminally deranged Supernaturals. And he’s hunting and killing everyone he has ever inked.

With one of the Souljacker’s tattoos on her thigh and nowhere else to turn, Lily hires Archer Desmond, a chaos demon and PI, to help her track down the vampire before he finds her and her friends. But Lily didn’t plan to fall for Archer. And as the old tales say―a succubus who falls in love will destroy the heart of the one she seeks to claim.