Week 13: We’ve got a break in the rain, but this week we’re headed into a little snow. Doubt if it will stick around but the upshot is it’s going to be cold. Down in the twenties at night cold. As in freezing cold. You can see that the leaves are pretty much gone, and now we can see the big birds’ nests that were up there in the tree. I saw one tree near the dog park that had at least five or six MASSIVE nests in it. So much goes on beyond our field of vision, only to be exposed later in the year. 🙂 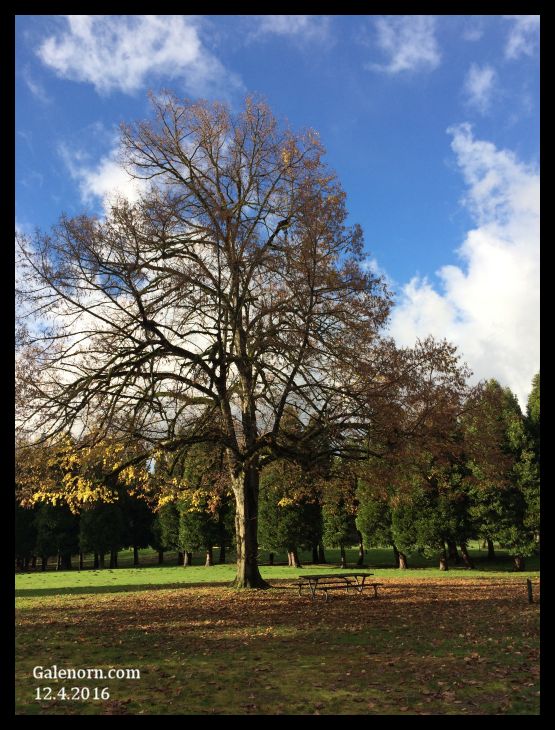 One thought on “A Year of Marymoor: Week 13”