Hey there! Good morning and how’s it going?

It’s reader questions day on the blog, and I’m here to answer a bunch of your questions. But first I want to tell you that I have been off coffee for two weeks now! I’m doing better, my joints feel better, and I’m adjusting. I know this is better for my body and even though I miss my lattes, I’d rather have health than pain. I’ve also started practicing yoga again, and I found an online class for larger sized women. It’s very helpful in adapting some of the asanas for my body shape. 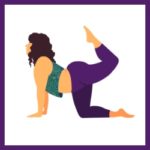 I’m also thrilled because the weather has cooled down, and autumn’s creeping in. I always feel more energetic in the autumn, and I’ve got most of my decorations for early autumn up. The Samhain decorations proper will go up at the end of September. I’ll post some pictures on the blog in a couple weeks.

Kary asks: How do authors go about picking a character’s birthday? Is it picked in the beginning before the series starts or is the story is being written? Do all major and minor characters get a birthday chosen even if that date is not mentioned in the series? 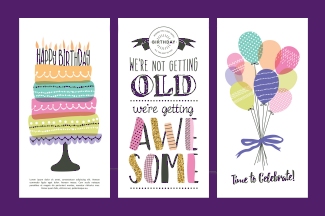 Answer: I have no idea how other authors do this, because it’s individual with each writer. As for my process: I give every major and secondary character a birthday, but not the minor ones.  You’ll probably never see the date mentioned for most. But I assign them based on astrology—which means I take the character’s personality and traits into account. That comes through the writing process since I don’t go into planning them out in advance. My characters grow organically through the books.

Robyn asks: Is there any book that you would rewrite if you could? Like completely rewrite?

Answer: Yes, actually. There is one. When I wrote Flight From Death, I did not have Shimmer and Alex together until the end of the book. Alex spent the book getting untangled from his relationship with Glenda. My editor asked me to get them together at the beginning of the book. I argued against it as much as I could, but they insisted that I make the change and it ruined the feel of Shimmer & Alex’s chemistry for me. It felt forced and rushed. It continued to feel that way in Flight From Mayhem—it still didn’t feel right and frankly, as much as I had hopes for that series, I’m rather glad it’s done and I’ve put the series to rest for good. It could never be the way I wanted it to be, given how strained the relationship was between the characters.

Michelle asks: What is your favorite TV show (Netflix, hulu, etc.)? Totally random and silly, I know, i just didn’t want to ask a normal question. Also, most of your books have a lot of various scenes surrounding foods and coffees. Are you a caffeine junkie and foodie? I know you have a lot of allergies so I was curious if those are your inner cravings. 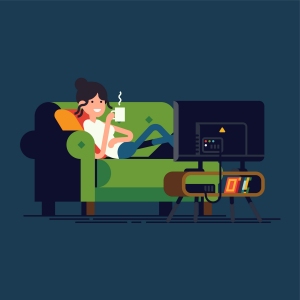 As to the food in my books…um, I’ve been a caffeine junkie for twenty years…but I just had to quit drinking my lattes (I can’t drink tea, it makes me sick as a dog). I miss the caffeine buzz, but my health comes first. And I love to cook, but my food allergies and histamine intolerance limit me so yah, I kind of vicariously enjoy food variations through my characters.

However, there’s another reason my characters eat. I’m pissed off by how women aren’t portrayed as eating anything other than salads by the weight-obsession so prevalent in society today. My characters eat. They aren’t ashamed of eating.

Diana asks: I’ve always had a fascination with Crystal quartz and different gems. I’ve heard that they have healing quality. Is this true and do you know a good source for information? 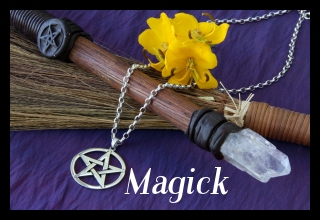 Answer: I certainly believe that crystals and rocks have powers—some may be healing, others good for concentration, etc.. I do believe that what powers they have may work better for some people than others. I don’t resonate to turquoise or bloodstone or a number of stones, but I work exceptionally well with all quartz types, with nummite, astrophyllite, and other stones. As to good sources of information, I’ve found a lot of good information on various sites, but Crystal Vaults is the one I go to the most. As with most magickal endeavors, you need to pay attention to your intuition. And make sure you always do the mundane—if you’re looking for a healing crystal, don’t rely on it before seeing the doctor. Use them as boosters rather than in place of necessary medical attention.

Kimarie asks: Do you ever really argue with the characters over what they should do and say? And who normally comes out on top in the discussion?

Answer: If I’m forcing a scene or a character, then I’m not paying attention to the way the story needs to go. In my experience, each story has a core of truth to it that I need to pay attention to, and when I ignore that, the story bogs down. The same with the characters—if I try to force a character to act outside of their personality, the scene bogs down. For example, if I tried to force Camille to have children, it wouldn’t work—she doesn’t have the maternal gene. (Like me). She wouldn’t like being a mother, and it would show. So no, I don’t generally argue with them. If the character balks, then I know I’m trying to force the story in the wrong direction.

And lastly: I get this question so many times that I’m just going to answer it here:

Question: Will there ever be a crossover between your different series?

Answer: No. Not unless I set them in the same world. The concept makes no sense to me. Otherworld isn’t the world of the Wild Hunt, isn’t Fury’s world, isn’t Maddy’s world. Now, Fly By Night was planned as a spinoff to Otherworld,  so yes, there was crossover there. And I *am* planning eventual spinoffs of the Wild Hunt world, but they won’t be a ‘crossover’…they’ll be set in the same universe as Ember’s world.

That’s it for today guys–answered a lot of your questions!