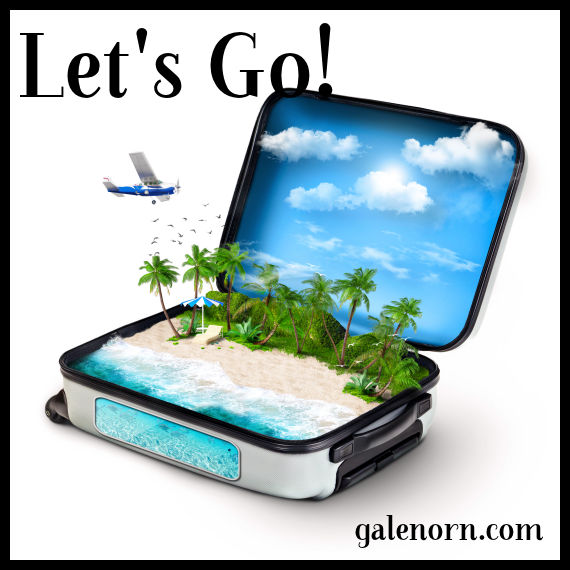 So I’m thinking about vacations. Now, I took a vacation recently — the first one in a while. It was actually a staycation, to be honest. Now, I don’t do vacations well. I’m not comfortable spending large amounts of time without a directed focus. I’m much better off if I take a day here or there, or a long weekend more frequently, than one long vacation. But, when I look at my characters, I realize how much they need some time off with all the nasty battles and wild adventures that I throw at them.

So I started to think about where my characters would like to go on vacation. When I asked each one of them where they want to go, I got a different answer. And I thought you might like to see what I came up with.

Ember’s vacation would most likely be over on the ocean’s shore, near the Kalaloch area on the Pacific coast here in Washington. It’s beautiful there, with massive driftwood logs that wash up on the shores. Just a quick drive away and you’re into the Olympic National Park. So she would have both mountains and forest to roam in.

Now, for Herne, I think he would enjoy running through a meadow up near Mount Rainier. Probably in autumn, when the days are growing shorter, and the shadows are coming in. The weather would be cool, and probably already some snow will have fallen if it’s October. I can see him racing up the sides of the mountains, out of the valleys, in his silver stag form.

When I asked Angel where she wants to spend her vay-cay, I can hear her saying that she wants to take her brother DJ down to Disneyland so they can do something that “normal families” do. And while they’re there, they can go to the beach, maybe stop at Six Flags for fun, and do all those other things that families seem to dream of.

Yutani wants to go to the desert. While he doesn’t want to go home — he might like a trip over to Eastern Washington where it’s all desert and dry, where winter’s cold, and summer is hot and sunny. There, he can run in his coyote form through the sagebrush covered mountains, and maybe into the forests (they’re so very different than our forests over here on the West Coast of Washington). I can see him paying for his Aunt Celia to make a trip up to Seattle, and then they take off on a road trip for a week, over the passes to the other side of the Cascades.

Talia enjoys her pampering. I can easily see her booking a room at a five-star hotel in New York, complete with spa, a five-star restaurant, and an e-reader full of good books. She’ll do some shopping, take in a couple plays or musicals on Broadway, and happily explore all the hidden boutiques that she happens to find during her exploration of the city.

And we can’t forget Viktor. He’d make reservations at a bed-and-breakfast on Bainbridge Island for him and his girlfriend Sheila. They’d take the ferry there, drive around the island, go up to Port Townsend for the day and explore the art galleries. Then they’d have dinner at an intimate little restaurant, and enjoy a romantic weekend together.

And because I’m now writing about Raven, I’m not about to leave her out. Raven and Raj would go hiking up on Mt. Rainier, and you’ll know why when you read Witching Hour! She’d be looking for something, for clues — again I’m not going to give you any more spoilers than that — as she hoped to solve an old mystery that has been haunting her life for a number of years.

So now it’s your turn. Where would you love to go on a vacation, and why? Why don’t you tell me all about it?