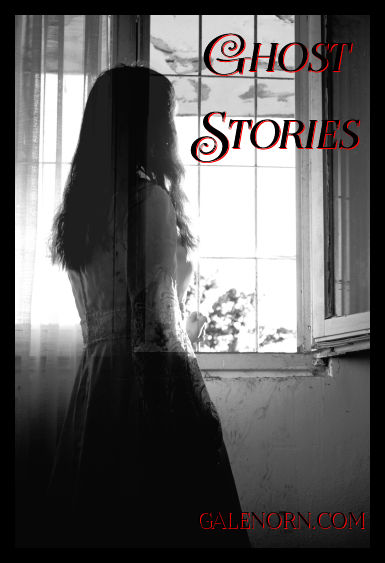 I’ve dealt with a number of spirits over the years who were passing through my house, and I felt/seen them on the side of the road, especially as the veils begin to thin each year near Samhain. But, in particular, two years stand out during our Samhain rituals.

A group of us were gathered in our living room on Samhain eve. We always do a silent meditation during the ritual, focusing on those who have gone before. Well, I remember I was sitting there, focusing on my ancestors, and I happened to glance up at the arch leading into the hall.

I saw a youngish man, probably in his early 20s, wearing what looks like mechanic’s coveralls, and he was holding a motorcycle helmet. He had reddish hair, and he looked at me and said, “nobody remembers me. Nobody’s thinking of me.”

Well, after the ritual, we usually discuss what we felt or seen. Anything that isn’t too private. I mentioned this guy, and told everyone what he looked like and what he said. One of my friends straightened up and said, “Oh my gods, that’s Rusty.” It turned out that she was younger, she had dated a man who was in his early 20s, with red hair. He had been mechanic. He ended up dying in a motorcycle crash, and she said that it would be like his family not to really think of him a whole lot. After that, she included him in her Samhain roll call of the dead.

Spirits aren’t limited to people, either. Another Samhain, my husband and I were celebrating privately, and during our silent meditation I felt this tiny kitten crawl on my lap. I could practically see her, she was young and frightened, and I realized she didn’t know she was dead.

I started to cry because I felt so bad for her. I petted her—astrally—running my hand over the place where she was on my lap, and she seemed to like that. And then I called Mielikki, my goddess, to take her through the veils to a place where she could be free again. I still cry when I think about that kitten, and how many animals were killed on the roads and wandering through the spirit world.

Whenever we pass a squirrel or cat who has been hit by a car, if we can’t stop to get them off the road, I always send a silent prayer to Bast or one of the gods I know who deals with animals, to help their spirit make the transition.

Another time, Sam and I were sitting in our living room, and he suddenly looked up and asked me, “Are you wearing perfume?” I wasn’t at the time, and told him no. Turns out, he could smell something floral, fruity and tropical. Right then, I began to smell it as well. I could sense someone around, so I went into trance and contacted the spirit who was hanging out.

Turns out, it was the spirit of a grandmother I had had in a life long past, at a time I lived in Hawaii. She told me what her name was, and that she’d been looking for me because I had been swept out to the ocean by a rogue wave when I was 16.

She showed me the area where we had lived, and told me she was watching over me. Now, most of you know that Sam lived in Hawaii a number of years of his life, and while I visited there, I saw a small part of the Big Island. So I described the area I had seen to him, and he tell me to look up why Waimea Valley on the Big Island.

Sure enough, it was exactly as she had shown me in my mind, and when I read up on the history, there had been native Hawaiians living in that area about 500 years ago. Every time I smell tropical flowers in the house, I know she’s near.

I’ve dealt with angry spirits as well, but that’s a story for another day. So, tell me, do you have any ghost stories to share? Tell me in the comments below, what eerie adventures have you had?