Kayz wants to know how I stick with an idea long enough to complete a book. How do I see the book through?

Well, first what sounds like a facetious answer but isn’t really: At this point in my career, I had better be able to stick with an idea and see it through. This is my career, it’s not something I do just for fun. When I put something up for preorder, I have to write the book, and to earn money to support my household, I need to write the books. I am the primary breadwinner, so I need to get my work done and writing is my work. It’s what I do to make a living. If I were working in retail, I couldn’t just walk away if I were bored with what I was doing. I know this sounds a little bit like a non-answer, but honestly, sticking with a project isn’t really a problem I have.

However, I think there are several things you have to ask yourself when you begin a writing project.

One: has the idea stayed with you for a while? I have a ton of ideas that pass through my head, that I think would make wonderful books, but they’re fleeting, and they don’t stick with me. Usually, when I began a series, those characters have been in my head for a while. It’s not that I’ve actually sat down and plotted out all the books, or mapped out who the characters are, but they’ve been in the back of my mind for a while. They stick with me so I know there’s something there.

Two: the idea for the book has to be fleshed out enough so that I know it will actually last the length of a book. One sentence may spark off the concept for a book, but it will not a full-length book make.

Three: most books have a number of subplots. Now, since I went indie, I’ve cut down on how many subplots each book has. That’s why my books are shorter than they used to be, but it also allows me to flesh out the subplots into bigger plots that can stand on their own. This is something I’ve found I really enjoy about being indie.

Once in awhile I’ll get stuck on a chapter or scene, and have to work it through, and that may take several days, but I seldom get bored with what I’m working on.

I love writing series because I love seeing the characters grow. So for me, staying with the same characters book after book is exciting. After a while I do need a break, though, which is why I write more than one series at a time. I could never just write one series during my life—that would end up with me hating the world and characters.

But I like watching the characters evolve, and the world expand. I look at myself as an explorer, opening up this new world for my readers. 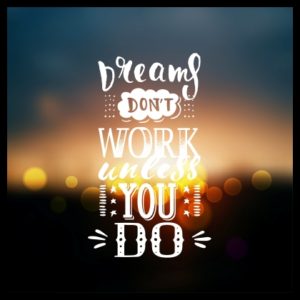 And, again, this is my work so I come in here each day, sit down and do my work. Some days are harder than others, some days I don’t get much written. Other days I’ll write two chapters. But every day I try to do something either pertaining to the writing of the book, or to my administrative duties that I have. That works best for me. Being an author means more than just writing. You have to market, you have to promote, you have to plan it out your publishing schedule, and all the side duties like blogging and social media. Even if your working within traditional publishing you will have a lot of other duties you have to do. Nobody can get away with just being a writer anymore. Authors wear many hats now days and it’s just something that goes with the territory.

Next month I’ll be answering more reader questions, so be sure to either leave them on the blog, or get them to Jenn in the Facebook group. She keeps a thread in their where you can post your questions, and she also keeps an eye on the blog for questions. Have a wonderful rest of the week!

One thought on “Reader Questions: How Do You Stick With A Book?”