It’s one of those worlds that creeps out from your gut, that gets under your skin, that digs in and won’t let go. It’s a world that — when you’re writing it — takes your breath away, where the characters are so vibrant in your subconscious that they talk to you. It’s a world that you can’t imagine not writing. 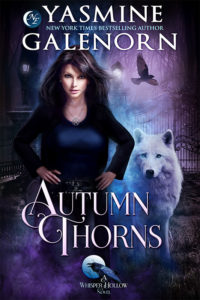 So, when I left Berkley, and they still owned the rights to the first two books in the series, I was devastated. Oh, I could have written more, but it makes no economic sense as an indie to write in a world where a traditional publisher owns the first books—you can’t promote the series the way you need to, you can’t put out boxed sets, you can’t do a lot of things. The only reason I finished the Otherworld Series was because I was so far into the series and I knew it would be years before I got the rights back.

When I walked away, leaving Whisper Hollow behind me, I tried to put the world out of my mind. And I began to write new series that I loved writing, including yet a new series of the heart — my Wild Hunt series, to be specific — but the fact is Whisper Hollow has haunted me.

I’m not surprised—the world of Whisper Hollow is a romantic and dark world, filled with ghosts and shades, where six types of dead exist, along with a spirit shaman who tries to drive the dead back to the Veil when they wander. It’s a world of spirits that exist between the living and the dead, some are helpful and terrifying like Penelope, the Gatekeeper, others are terrifying and malicious like Diago, the Scuffler Under the Bed. But all of them can be deadly.

Then, earlier this year, I decided to make a stab at requesting my rights back to Whisper Hollow. I honestly didn’t expect a snowball’s chance in hell of getting the reversion. But, I did a little magick on the side for it — after all, I’m shamanic witch and I’ve been so for almost 40 years—and I said a prayer to the gods. And I waited. And I crossed my fingers. And shock up on shocks, they gave me the rights back. Whisper Hollow belongs to me again. 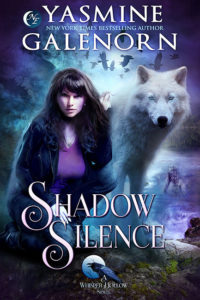 So, I have now dived back into the world. I’ll be rereleasing the first two books in January, along with a new, third book. Returning to Whisper Hollow has made me incredibly happy, and now I can make the series what I truly wanted it to be.

I am drastically tightening the first two books. When I wrote those books, I was in a period of major stress. I was shifting over to indie and I was terrified. I feel the books reflect my stress and uncertainty—not in the plot or characters—but in the writing. 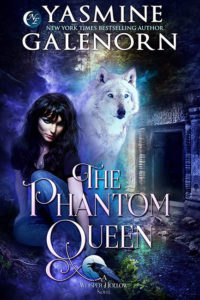 So I’m making them stronger and tighter. I’m cutting out deadwood and scenes that I didn’t want to write. Toward the end of my stint in trad publishing, I was pushed to add more and more sex to the books. I don’t mind writing a good sex scene at all, but there were a number of them (across the board in all my work) that I was asked to add, that didn’t feel right but I had no choice. So now I can axe them. The plot remains basically the same, but the books are tighter and flow better.

But more than just taking the books to where I want them to be, I’m rejoicing in being able to revisit the characters and write more in their world. I was thrilled to find the entire cast waiting for me in the back of my mind, excited and ready to pick up where we left off. And now I hope to take the world to a whole new level.

And best of all, this means I’m writing two series that hold my heart now — the Wild Hunt, and Whisper Hollow. And I couldn’t be happier.

2 thoughts on “Returning to Whisper Hollow”