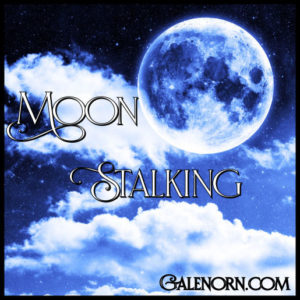 Every other Friday I’ll be focusing on a character profile from my books/series. Today, we’re stalking Raven BoneTalker, the Ante-Fae bone witch. Raven’s young, for a member of the Ante-Fae, and like all members of her race, she’s chaos embodied. But unlike others of her kind–and perhaps because of her youth and her father’s concern over humans, she likes to interact with society around her, and has friends across the spectrum. Raven tells fortunes and reads the cards in her friend Llewellyn’s magic shop–the Sun & Moon Apothecary. She also goes out to clear ghosts out of houses when clients hire her. Raven’s faithful companion, Raj, is a gargoyle whose wings were clipped when he was a baby. She won him in a poker game with a demon, and ensured that he wouldn’t remember the pain of losing them. She also is the caretaker for three ferrets–human spirits trapped in ferret form. Raven’s current beau is Kipa, Lord of the Wolves, who is Herne’s distant cousin.

Raven BoneTalker is one of the Ante-Fae (a species/race of my own creation). The Ante-Fae aren’t immortal–they can be killed–but they live far longer than the Fae or Shifters. They’re the predecessors of the two Fae Courts, and have about as much use for their descendants (as a whole) as they do humans.

Raven was born on November 1, 1900. She’s 119 years old, which means she’s about the equivalent of a woman in her late teens/early twenties. She’s been on her own for awhile, choosing to make her way. Her Father would happily let her return home, but Raven wants to manage her own life. Her mother, Phasmoria–one of the Bean Sidhe (also Ante-Fae in the Wild Hunt World), works for the Morrigan. Her father is Curikan, the Black Dog of Hanging Hills, a member of the Ante-Fae. 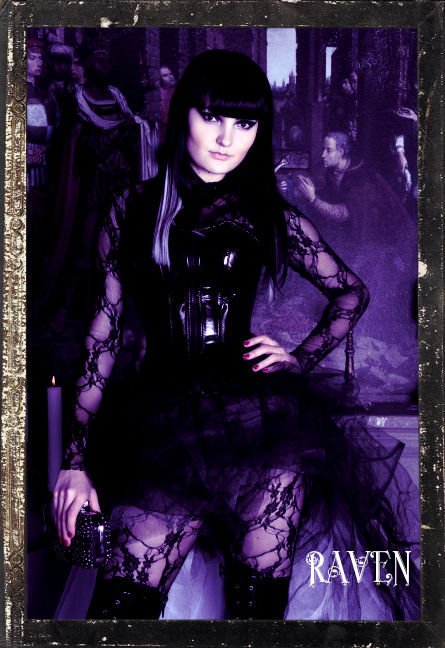 Raven is 5’7″, she weighs about 155 lbs and is curvy and busty. She has dark brown eyes, and her hair is brunette with natural purple streaks in it. She was born with intricate ‘tattoos’ (birthmarks) over much of her body. Wings in purple and black spread across her back, scrolling knotwork and designs  spread down to her wrists on both arms. Scroll work flowers and vines in plum, green, and black spreads up from her bellybutton to cup her breasts.

In the Wild Hunt Series, Raven works with Herne and the group off and on, first coming to them as a client in A Shadow of Crows. She was asked to join them but refused, not being a great team player and having her own path set out before her.

Raven loves goth clothing and corsetry, and she has a tendency to party hard. She works with Fire magic and has no qualms about doing whatever she needs to in the differing situations she finds herself in, and often incorporates playing her handpan into her spells. She likes hanging out with Ember and Angel, and she owns a house in the UnderLake District.

“Thanks.” I sat back, breathing easier. “I can walk all over people and not realize what I’m doing. I’ve lived among mortals for decades, but I still don’t understand all the social nuances and sometimes I steamroll people without realizing it.”  –Raven

So, every single month, I would gently let her down, steering her to talking about her memories. She would forget about her questions and tell me stories about their lives together. I never charged her full price—I knew she was on a fixed income—and I always took extra time to listen. I had a feeling I was her only social outlet, and if she wanted to come and pay me to chat about her sister, I didn’t mind. –Raven