Every other Friday I’ll be focusing on a character profile from my books/series. Today, we’re stalking Yutani, one of the researchers and agents at the Wild Hunt. Yutani is an IT guy, but his background goes back to a small village in New Mexico. He never knew it until recently, but his father was the Great Coyote, and his mother was a member of a tribe of Apache coyote-shifters. When he was born, he carried the shadow of the Trickster with him, and chaos followed his heels. Unfortunately, that chaos extended to his village and it burned down. No one was hurt, but Yutani, by then barely out of his teens–as far as shifters go–was drummed out as a jinx. 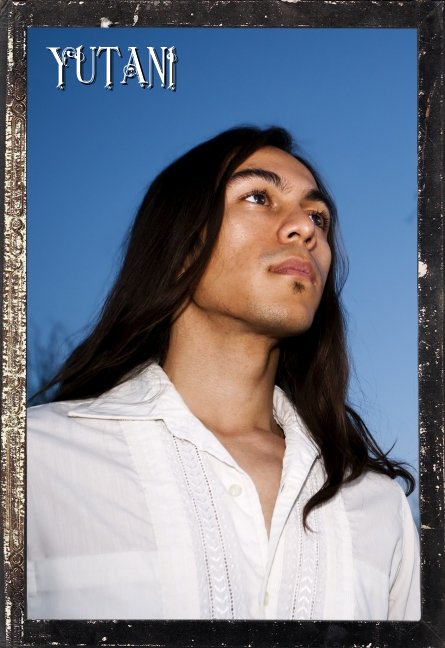 While Yutani’s mother let communication fall, his aunt Celia kept an eye on him from a distance, and the two eventually forged a strong relationship. Yutani traveled around for a long time, and as the world changed, he became intrigued with the growing technology. He taught himself how to code from the time computers first made an appearance, and he found that he had a real knack for tech.

He moved to Seattle and worked for Herne for about thirty years, till a bad relationship sent him into a drinking spiral. He quit, traveled around, and ended up living in a tent city until Herne tracked him down and sobered him up, got him into counseling and Yutani returned to work. Yutani isn’t an alcoholic, but he’s very cautious with liquor because he knows he has a tendency towards addiction. (In the Silver Stag, Ember was told he had worked for the agency for about three years, but that was a roundabout way of avoiding revealing Yutani’s problems with alcohol). His Aunt Celia visits him once a year to make certain he’s still walking his talk.

When Yutani found out the Great Coyote was his father, he went off the rails again for awhile but is now learning to harness and use his budding powers and trying to come to terms with finding out he has a god for a father. Yutani’s hinted enough that he’s into rope-binding and kink, on a pretty hardcore level.

Yutani is 5’11”, weighs around 170 lbs, is lanky and strong, and he was born on December 15th. He has long black hair, and owns a pet iguana named Dodo. Yutani currently seems to be relationship-free, he doesn’t talk about his girlfriends.

[Yutani] quickly began threading the rope around me, between my legs, around my waist, in a complicated pattern that I couldn’t follow. But a moment later, I was firmly wedged into a rope harness that reminded me of the ropes holding a hot air balloon. “Thanks,” I said. “When did you get so proficient with tying knots?” He stared at me, then a slow smile crossed his face. “I’m a student of kinbaku.”

After a few moments, Yutani heaved out a sigh. “I don’t know if Herne told you, but a dozen years ago or so, I had a close call. I had been working for the Wild Hunt for about thirty years when I ended up in a really bad relationship. I don’t want to talk about it, but after she left me, I went off the rails. I left the agency and ended up living in a tent city. I started hitting the bottle. While I never quite made it to the point of being an alcoholic, I was coming close. I have Herne to thank for pulling me out of it. He tracked me down and dragged me back to his place. He sobered me up, made me talk to a counselor and get my shit straight. Then I came back to work. Now, I’ll drink a bottle of beer or a glass of wine, but I limit it. I also avoid hard liquor.”