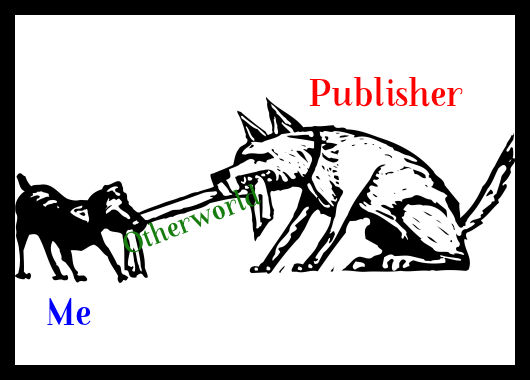 I’ve been getting a number of emails on the subject lately, so in case you missed it: You will not be able to get a number of the Otherworld books in e-format right now, at least in English. I am playing tug-of-war, trying to get my rights back from Berkley for the whole series. They’ve given me a few of the books, but not all.

Until they give me ALL the books back, I’m not about to put up new versions of the ones they’ve returned to me, because that would spike sales on the others and then they could say “Nope, not giving them back.” So, I’m encouraging people to buy my indie work and wait on buying or recommending Otherworld in ANY format right now. (Except for the last three books, which I published indie, and the two Otherworld Tales books, which are also indie).

I appreciate your support on this. I realize it kind of sucks as a reader, but trust me, as a writer, not being given control of my own work even after it’s been out this long kind of sucks, too.

🙁 (And I make far, far less from them than I will when it’s mine again).

4 thoughts on “About Otherworld…”