I wanted to fill you in a little bit on what I’m planning for the next eighteen months of my writing. 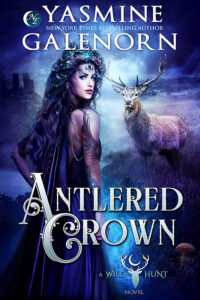 As you know, Veil of Stars will be the last full book in the Wild Hunt series. However, I will be writing a wedding novella — Antlered Crown — that will come out in January. Eventually I will write a few more novellas and short stories in the world, but this is the last one planned right now.

So what’s going to show up in your library after the Wild Hunt? Well I’m excited to tell you all about it. First, I will be writing more Lily Bound books, but not immediately. I’m planning those for the future.

But I am extremely excited about three new series I will be starting next year.

Two of them will take place in the same altaverse, which will be connected to the Wild Hunt world. You will see hints of one of the series in Veil of Stars, so be sure to look for the Easter eggs! 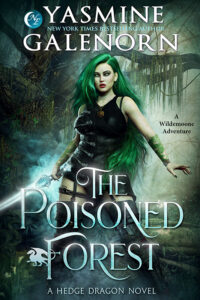 The first series will be called the Hedge Dragon series, and I hope to have the first book out in January. I’m going to reveal the cover right now, and I will be setting up preorder for The Poisoned Forest soon!

The Hedge Dragon Series will be a fantasy dragon shifter series, focusing on the hedge dragons, which you will hear a little bit about in Veil of Stars. This series will take place in the Forgotten Kingdoms/Wildemoone worlds. It will be a three-to-five book series.

I hope you’re as excited as I am. I was dreaming about The Poisoned Forest the other night, and I’ve only dreamed about three series in my life — the Indigo Court series, the Whisper Hollow series, and the Wild Hunt series. So I’m looking forward to what happens!

*For the state of the rest of my series, please see: State of the Series page before asking questions about current series.