Hey peeps, how are you guys doing? The conference is over, and I have tons of stuff to go through, but I also have to get Crystal Web finished and to my editor by next week. I’m using Dragon to write, because this morning when I woke up my right thumb was stabbing me with pain. It’s severe tendinitis, and acts up now and then. If I give it a days break it should be fine by tomorrow — I hope. I just overstretched it a bit of one point. 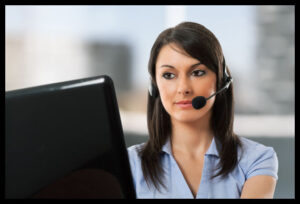 I’m grateful that the Moonshadow Bay series is one that I can write with Dragon. Some books do not lend themselves to using my voice, though I’m hoping to correct that more and more. If I could use Dragon for every single book I wrote, I could up my writing speed so much. Which means I could get ahead of the game.

Andria’s dealing with the Instacart people, the housekeepers are coming in half an hour, and I’m hungry. Sam’s making my breakfast — or rather lunch. And I am about to get back to writing.

For everyone who is interested in how it works to use a voice software for writing, it depends on the person. I am good public speaking, and I am used to telling stories out loud. So it seems to flow into my writing for a lot of the books, or unless I’m really tired. Yes it requires more editing, but for just getting the words down — Dragon can be so helpful. 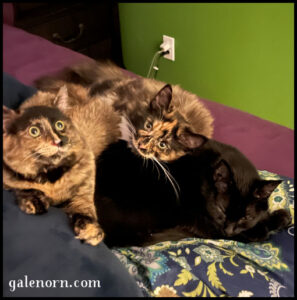 Kirsi sitting on my desk right now and I’m cleaning the gunk out of her eyes. That is one thing that drives me nuts. When a kitty has gunk in their eyes my first impulse is to clean them. So I keep clean makeup pads at my desk. That way, when I need to clean their eyes I can take a makeup pad and put a little bit of water on it and just wash the fur around their eyes. Some kitties seem to have never have any gunk associated with their eyes, but Kirsi and Ellie? They are gunky kitties. They are also absolutely adorable.

We still miss Caly and Morgan so much, but as I said, I am convinced that Kirsi is Morgan incarnated. And oddly enough I don’t miss Morgan as much. Granted she wasn’t my heart kitty, but I loved her so much. But it feels like she’s back with us. No, Kirsi doesn’t act like Morgan in a lot of ways, but I still see similarities, and I definitely have had several magical glimpses of Morgan overlaid with Kirsi. And Kirsi will be who she is this time, regardless. 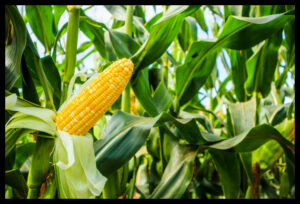 I hope you’re having a wonderful week, and remember to enter my contest that I put up on the blog yesterday. We’re having a heat wave this week, it’s in the 90s, and I sure as hell am hiding from the heat because it doesn’t do well for my body. I’ll be so happy when autumn comes. I’m actually looking forward to Lughnasadh, because it’s the first harvest, and that’s the predecessor to September.

So what are you up to this week? Drop me a note in the comments and tell me how you’re doing. Until next time, have a great week.

4 thoughts on “Gunky Kitties and other stuff…”