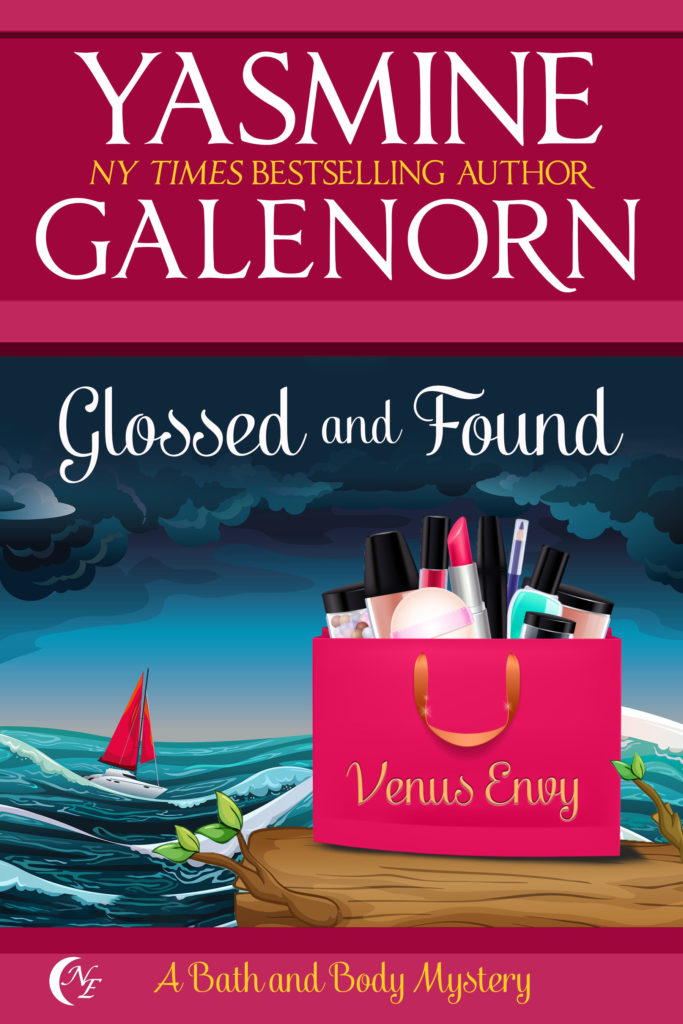 Part of the Bath and Body series:

Glossed and Found
Originally written under the name of "India Ink"

Murder is never pretty... When Venus Envy's new makeup artist vanishes on the night of the Thanksgiving Gala, Persia knows that something is terribly wrong. The police think Lisa drowned--her car was found parked near Lookout Pier, and a storm had raged through town the night of the dance. But Persia refuses to believe it. Lisa Tremont was terrified of water and would never have gone out on a pier by herself, and Lisa had just confided to Persia that she'd discovered what happened to a missing inheritance belonging to her and her sister. Could Lisa have stumbled too close to the thief? Working against the clock, Persia must find her friend while fending off escalating threats from her ex-boyfriend Elliot as the holidays close in with their glittering beauty.