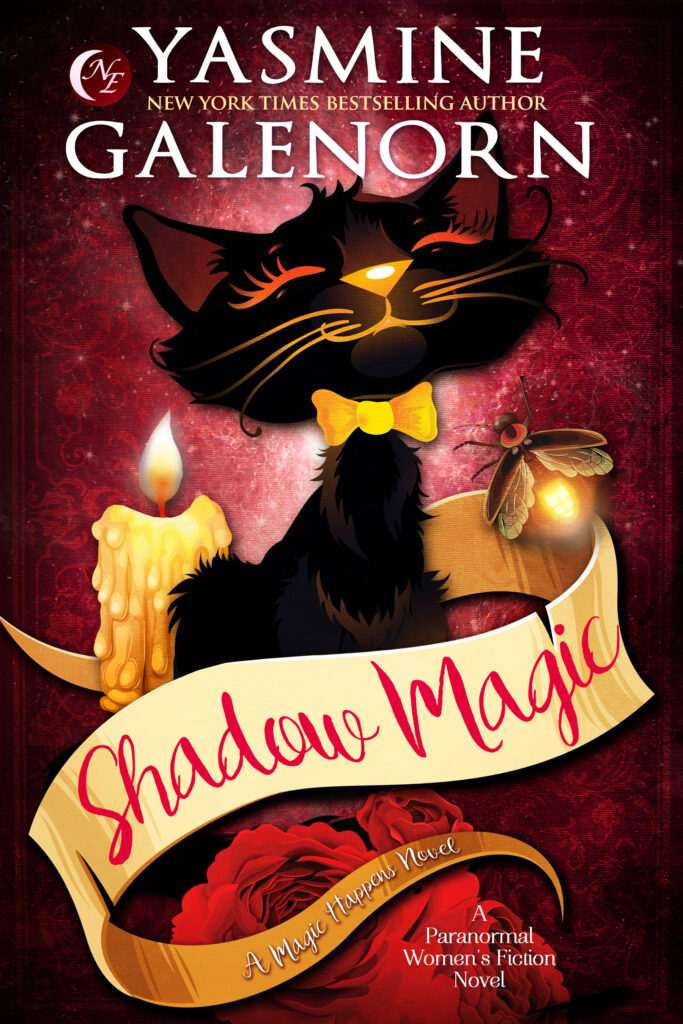 Part of the Magic Happens series:

I'm not so sure about my new life. At 52--and being one of the witchborn--I'm not really ready to leave my old job. But with a rogue vampire group after me for exposing their crimes, it's too dangerous to stay at my old job. In fact, they insist that I go into the WPA--the Witches' Protection Agency--and that I settle down into a new life with a new name.

So now I'm Marquette Sanders, and apparently I'm going to be owning a shop, where I read tarot and cast spells for a living. But damn, nobody told me life in a small town brings with it its own share of danger.

Shadow Magic, my new shop, comes complete with customers I inherit from Granny Ledbetter, who retired from being the preeminent witch in town. She's still around but she's ready to retire and grow petunias. Since I now own her business, it also means I have to work with Dagda Demoines, the police chief and one of the most annoying bear shifters I've ever met. I'm on call for cases involving magic. And there seem to be far more of them than I ever thought could happen in a small town.

Somehow, life doesn't seem any simpler than when I worked for the Feds. In fact, I'm beginning to rethink what's more dangerous: the Blood Wing Collective, or facing down the citizens of Terameth Lake.

This series is Paranormal Women's Fiction. It's NOT a cozy series. *grins* For those who love my quirky humor, scary-assed stories, and who don't mind that some of my characters swear like a trucker.