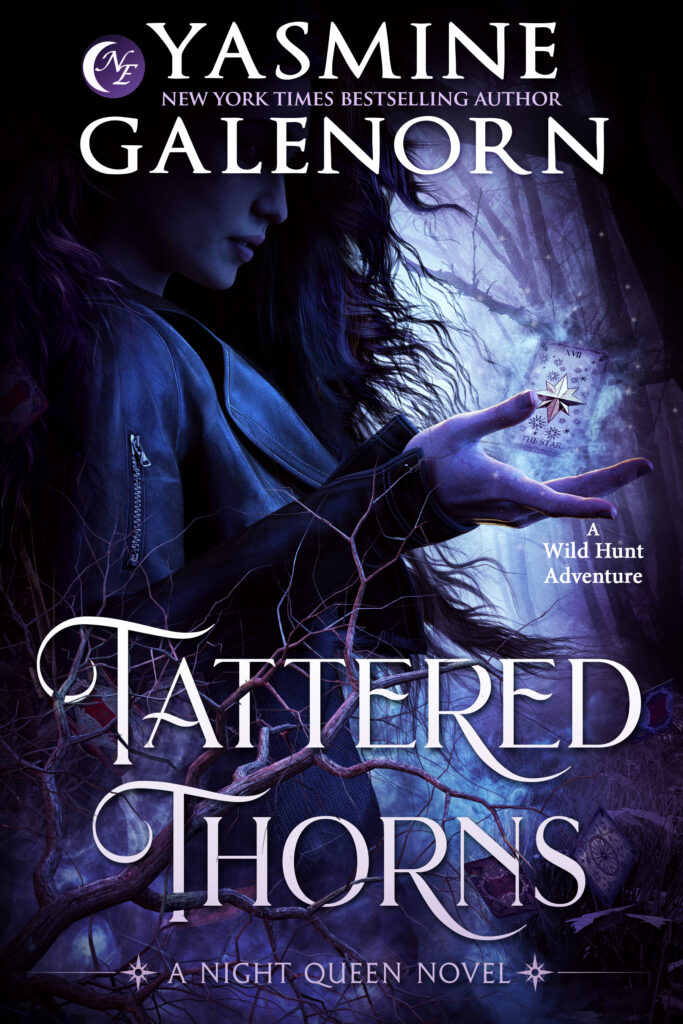 Part of the Night Queen series:

I'm Lyrical, and I was born to the Leannan Sidhe. But then, the King of the Kelpies kidnapped me (yeah, I know, a lot of "K's), and all hell broke loose. My mother begged Morgana, goddess of the Sea and the Fae, to save me. But she didn't specify that she wanted me back home.

New to Seattle off the Scottish moors, I'm Lyrical, one of the Leannan Sidhe. The goddess Morgana first saves me, then sets me loose to watch the dragons who have conquered the earth.

I'm put to work at the newly revamped Wild Hunt Agency--a PI firm run by the gods, and immediately find myself facing a set of colleagues who are as quirky and scary as I am. For one thing, it's run by a wild demi-god named Yutani, who is as chaotic as his father, the Great Coyote. I'm finding him too attractive, and also, more than a little dangerous.

But life gets even more complicated when Kilnakarn--the Kelpie Prince who held me hostage and tried to make me his bride--shows up, out for revenge. And unless we can stop him, I may just end up dead.

You do not have to have read the Wild Hunt series in order to read this series. For readers who love my Wild Hunt Series, my Otherworld Series, and who love smart, competent, and slightly twisted heroines. Adventure/action, lots of ooo-spooky, some steamy scenes, and a little bit of twisted humor.