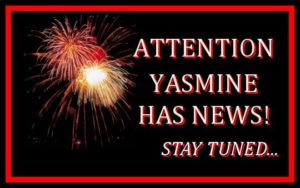 Well, announcement time. I have a lot to tell you, now that the blog’s been upgraded (behind the scenes, to allow us to do more with it). The blog email is still kind of messed up but we’ll have that taken care of shortly. And now that I can post again, we’ll start the Spring Equinox contest on Friday.

So, it’s been a year since I made the announcement that I was going indie. I’ve learned a lot during that time—and had enough success that I know I can make this path work for me. But I’ve also learned that I have to let go of a few things if I’m going to continue to grow as an indie author.

And that means not focusing my time on series that I started with traditional publishers but I don’t have the rights back to yet. Indie publishing really requires starting up new series where all books are under my control so I can offer promotions, deals, do boxed sets, and all those good things.

It’s hard to leave series behind—especially when I’d barely started some of them. And it seems unfair to both readers who get emotionally invested in the characters and worlds. Trust me, it also makes me grumpy. But unfortunately, when an author has a series split between a trad publisher and indie publishing, new readers aren’t nearly as likely to go back and buy the earlier books at the higher e-prices trad publishers demand (and most of my new readers will be e-readers, given the nature of the indie world).

So that brings me to new announcements. First, the bad news:

I’ve decided that I really can’t continue—at this time—with any of the series I started with Berkley. Nor will I be able to continue with the Lily Bound books. I’m not going to discuss the nitty gritty of why, but I’m uncomfortable putting more effort into something that may not be economically worth my time. This is my career, not a hobby. So unfortunately, for now, Whisper Hollow, Fly By Night, and Lily Bound are all on the shelf. I do intend to pick them up again some day—but it will have to wait until I can get my rights back.

The only reason I’m finishing OW now is because I kinda doubt I’ll be able to get a reversion of my rights to the whole series for a long time and I really do want to finish it. I’m working on the reversion process for the Indigo Court books right now but don’t know if I’ll be successful. It’s a wait and see game. (Berkley has the rights to publish the books I sold to them for as long as enough copies sell as listed in the contracts…only when sales fall below that amount can I begin the process to revert my rights. Unfortunately, that doesn’t always mean much $$ for me and it means I can’t do anything with the books already out there).

Now, for the good news:

PLUS…I’m re-releasing the Bath and Body Series under my own name in e-book format. Since there are used copies out there in print, the POD formats for these and for the Chintz ‘n China Series are lower priority.

And…I’ll have two shorts out in anthologies this fall, as well as an Otherworld Holiday novelette coming in December.

ANNNNNNNNNNND…I am working on a sekrit project that I know you’re going to love, not related to any of the series out now. Think super hot. Think super steamy. Think super paranormal. That’s all the clues you get. 😉

So, yes, I’m sad that I have to put WH and FBN and LB on hiatus, but there will be more than enough to read, and so far, people are loving the Fury Series and Bewitching Bedlam and I’m loving writing them.

MOON SHIMMERS (Otherworld #19) will be out by May 2nd, and it will also be out in audio (I don’t have the time frame but it will be out from Blackstone Audio. I also don’t know who the narrator will be).

June 13, I’m planning on releasing FURY AWAKENED. So I’m off and running, and once again, I thank you for coming along for the ride.