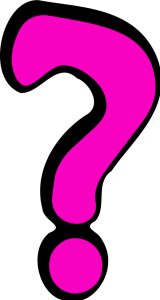 Reader questions again, because there were a lot of them the past two months! Keep them coming (Jennifer keeps a thread in the Facebook group going for reader questions for me).

Q: What is the biggest accomplishment you have achieved as a writer to date? The thing that made you feel like you hit a big goal?

A: There were several major milestones. Because I grew up when traditional publishing was pretty much the only way, getting that first contract (for Trancing the Witch’s Wheel) was a life-changing moment, the culmination of years of work. But after that…one of the biggest achievements was hitting the New York Times short list with several of my books. I will admit, I never hit as high as I hoped, but that’s the way things go. The way the industry is now, I’m not focused on listing now, except for the USA Today list again, because truly, hitting that list means you’re selling really well! There have been several other big accomplishments, but yes—my first contract, hitting the lists, and now, writing exactly what I want.

Q: I know you like to listen to music when you write. I was wondering if you have ever listen to the band In This Moment? The band has a strong lead female vocalist. I can see some of their newer songs fitting in with a lot of battle or ritual scenes.

A: No, I haven’t. There are two songs that I love for intense battle scenes (and in fact, I wrote the entire fall of Elqaneve—three chapters—to these two songs on repeat, over and over again): Here and Now, by Android Lust, and Beautiful Being, by Eastern Sun.

Q: How does you come up with names for all your mythical creatures? I know some of them come from ancient mythologies, but I wonder about which ones you borrow and which ones you create yourself.

A: For the mythological creatures that I create, I often think of the qualities of the creature, and then go to the original roots of those words and piece together a name. Other times, I just ‘know’ that this is the name of the creature.

Q: Also, how do you name your characters? I’d particularly love to know how the D’Artigo sisters and their lovers got their names.

A: Most of my main characters name themselves. My subconscious does a LOT of work for me on this. I don’t “create” my characters by sitting down and planning them out. When the idea for a series comes to mind it’s usually been percolating in my subconscious for awhile, and by the time the idea finally spills over into my conscious mind, the characters are there, named. Some of the secondary characters—the minor recurring ones—I will think about, mostly if the name that comes to mind is too similar to other character names. I learned that the hard way in the Chintz ‘n China series when I realized, too late, that I had a James, a Jimbo, and a Joe.

Sometimes a character sneaks into the story without me every planning it—like Smoky. I had no intentions of writing about dragons in OW, but apparently, the dragons had other ideas. So when he showed up, I was quite surprised, and when Camille nicknamed him Smoky, it just…was there.

Q: If you could bring one character into real life and have a conversation with them which one would it be and why

A: There are a number but I’m going to say, Bubba, out of my Bewitching Bedlam series. Because hey, a cjinn—(cat djinn)? I’d LOVE to hang out with him.

Q: Here’s a thought idea for us readers active role player’s what about an interactive game or movie on the indigo court series where you can be in charge of one of the characters ?

A: We’re working on some ideas for games, but that’s all I’m going to say for now. 😉 As far as movies, a producer has to express an interest first, and then buy an option on the book, and then about 1 out of 1000 optioned books get actually made into a movie. But it starts with the producer—not the writer. So I’m not holding my breath.