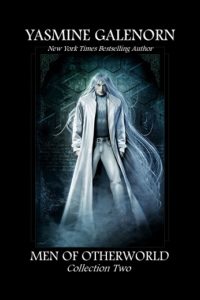 The Barrow was closed—the ceilings were high, but he could sense the roots of the trees holding up the ceiling, and he could also tell they were in a different realm. The minute you walked through the doorway you were in the realm of the Earthside Fae, and there was a faint heartbeat—a rhythm that was constant and insistent. It played out in the blood and the brain, though he had a feeling that those who were of Fae or Elfin blood would never notice it. Vanzir was used to being in underground spaces, and he wasn’t particularly claustrophobic, but when he thought about the fact that—to get out of here he’d have to run the gamut of guards wielding nasty big swords—it made him more than a little nervous.

The sound of his voice was a sudden comfort. Iris was right. He really was a city boy. City leprechaun? Whatever the case, Bruce was also the first to admit that he wasn’t comfortable out in the wilds and he didn’t care for roughing it. Iris was much better suited toward camping, but then, house sprites were—as a matter of course—hardier and of solid stock compared to his own race. A glance at his pocket watch told him he was about three hours out from his destination, so he paused to regroup, then started on again, trying to enjoy the cool spring weather.

They headed to the Shark Pit, a dive run by Kek, a demon passing as Fae. Neither Morio nor Trillian knew exactly what kind of demon Kek was—Vanzir didn’t even know and it wasn’t good form to ask. But he was a good sort. He had fled the Sub-Realms when things started to go bad, and his joint served the low life of the Supe world. But he always made sure true troublemakers were kept out, and he wouldn’t put up with anybody roughing up his customers.