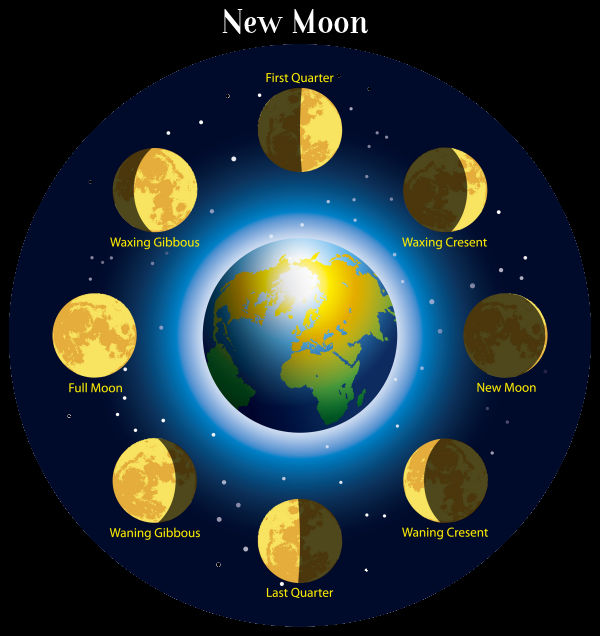 The new moon this week will be at 7:25 PM, April 22, on the west coast. (10:25 on the east coast). The moon will shift over to Taurus, out of Aries, nine minutes after it goes new. So your focus in magick will depend on what time of the day you cast your spell.

The new moon is a time for discovering hidden secrets, for rooting out the causes of problems, for scrying and divination. This month, the new moon will be a good time for engaging new projects, for taking stock of what you have accomplished and planning how to build on those projects. It’s going to be an energetic day most of the day thanks to the moon being in Aries, but as it shifts into Taurus later in the evening, it will focus a bit more on the material side of things. If you want to do prosperity magick, I suggest you begin your spell after 7:36. If you want to focus on new projects, do you spell while it’s still in Aries.

Also, watch the fear level because it can exaggerate the reality of the situation. That being said, it’s a good time to start prosperity spells but try to do so out of a place of calm, rather than out of fear. Fear kills spell energy faster than just about anything. Focus on what you want to bring into your life, rather than what you don’t have. I know it’s easier said than done, but try to get into a calm, collected headspace before doing any magic.

What are you going to focus on this new moon? What seeds are you planting in your life?