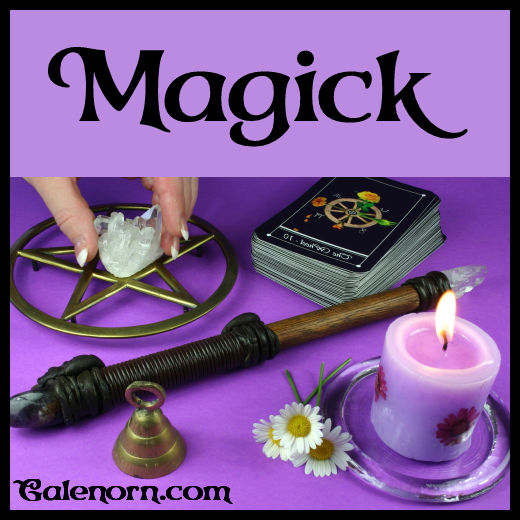 Note: I wrote this almost 20 years ago for a datebook and have the rights back, and it seems as pertinent today as it did then.

When setting out to prepare for a magical ritual, there are several caveats best remembered before they become necessary.  While I am the last person to suggest using a dogmatic approach to ritual—after all, I’m known for my eclecticism—I am also all too aware of how damaging impulsive behavior can be.  A friend of mine recently wrote to tell me about a ritual she was invited to participate in where half the altar went up in flames thanks to the poor forethought given to planning. 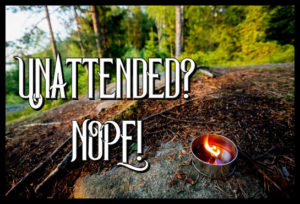 I attended a pagan festival some years ago where the organizers nearly lit the forest on fire because of pure stupidity.  Think just what a field day the media would have if a group of supposedly eco-minded pagans caused a wildfire?  I doubt that the Goddess would look on that too highly, either.  To avoid major disasters, we only need put a little bit of care and thought into the planning.  It’s simply requires an observational eye and some extrapolating of ‘what might happen if—” on our part.

If you are going to have flames of any type, do you have water nearby for dousing said flames if they get out of hand?  Don’t be surprised when little fires grow very big during ritual—the energy raised can do strange things to fire elementals, and can energize a small blaze into a roaring bonfire.  Thinking along those lines—do you have enough water nearby to douse a good-sized fire? 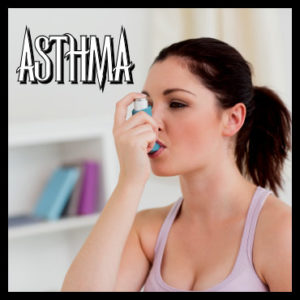 Before you smudge an area or light incense, ask if anybody in the group is allergic to smoke or to various and sundry fragrances, perfumes and or herbs.  Asthma attacks are not conducive to raising energy.  When and if you do smudge an area or person, watch for stray sparks off the smudge stick.  Some ritual garb is extremely flammable.  And sparks aren’t best-friend material for bare skin.

If your ritual is outdoors, make sure there isn’t a burn ban going before you light that bonfire.  Using candles?  Make certain they aren’t going to tip over and light a fire.  Use hurricane lamps to be safe.  If it’s windy, plan on what to do should the candles refuse to light.  Maybe glow sticks around the edge of the circle?  Flashlights at strategic points?  Open flame is a powerful element and beautiful but there are times when it’s simply not practical or desirable.

Holding a ritual on public land?  Do you need any permits?  Are there groups of fundamentalists nearby who might cause trouble?  Is your group planning on a skydclad ritual?  Are you half-a-block away from a tavern?  You must check into any legal issues that might arise, as well as plan ahead for unforeseen and unwanted influences like fundies, drunken party crashers, etc., that might stumble onto your group.  Make sure that you have everything in order before you invoke the Lord and Lady down into the neighborhood park.

Decide to hold the ritual on private land?  Good choice, but only if the owner has given you permission.  Leave the land the way you found it if you want to be invited back.  Don’t cut down anything without asking, don’t pick any flowers or plants without permission.  Be courteous guests.  Watch out for flames—check the burn ban so you don’t get your hosts in trouble.  Planning on drumming?  Even on private land, if the neighbors can hear you past a certain time at night you might be asking for the police to come give you a warning.

Have you given the proper directions to everyone so they know how to find the ritual?  Does everybody know what they need to bring?  Stress the importance of being on time—people have busy schedules and need to make sure that they stay on track with what they are doing.  Going to a ritual?  Don’t take anybody who hasn’t been invited—always check first and don’t pressure the host, they may not want a stranger at their handfasting or their Beltane party.  If they say ‘no’ respect their wishes.

Remember, the primary function of ritual is to worship, to celebrate and to connect with the divine.  We aren’t staging ritual theatre here with an audience and unless you’re working a precise spell, the gods aren’t going to care whether your altar cloth is an old but clean sheet or an intricately embroidered cloth, as long as its clean and the energy is there.  Granted, it’s wonderful to have coordinated altar supplies and to make sure everything is ‘just so’, but if you have to substitute in order to make life a little less crazy, then by all means do so.

If you are organizing the ritual, don’t forget that people have other things going on in their lives and they may not have 24/7 to devote to your vision.  Divide work loads and responsibilities equitably.

Again, we attended one Beltane festival where, after paying a substantial fee to go, we arrived to find that nothing had been prepared—they’d left all the work for the attendees to do.  The gates opened on Friday afternoon.  The bowers weren’t set up until late Saturday, the maypoles weren’t set up mid-day Saturday, there were no workshops scheduled that I could figure out—just work.  The festival ended Sunday afternoon so by the time everything was ready, we had less than 24 hours left for merrymaking.

When we joined the main ritual and they began invoking the ‘chaos that is Beltane’ without any focus, I was worried.  I was even more concerned when someone came running back from the forest with the news that a board on a bridge broke.  Shortly after that they almost set a tree on fire by leaving unattended candles burning on top of a tree stump out in the middle of the woods.  By that time it was Saturday evening and my husband and I left—we weren’t about to stick around for any more havoc and we’d already been worked to death.  Fun?  Not.  Would we ever go again (even if the group was still functioning)?  Nope.

My point here is that when you organize a ritual you owe it to the participants to ensure their safety as long as they follow the rules.  You also have a duty to see that no one person feels overworked or imposed upon.  When you attend a ritual, you owe it to the organizer to follow the rules.  If you feel you can’t meet their expectations, tell them in advance that you simply don’t have the time (money, energy) to give in the amount their asking for.  There are always ways to compromise if both parties are reasonable.

Along with practical matters, it’s important to use your common sense in the spiritual realm.  Don’t start invoking fire and water goddesses in the same breath or the same ritual.  Don’t joke around with ritual objects—they are sacred, even if the ritual is lighthearted.  Don’t invoke deities when you don’t know anything about them.  These energies are real and you can open up a whole ‘nother can of worms when you decide to get out the psychic phone book and make crank calls.  When you raise magical energy, have a focus for it—if you let it drift, you’re going to get yourself into trouble because magical energy seeks out that which needs to be done, voids that need to be filled.

Think about the wording of spells and invocations, could it be taken the wrong way?  If your mind lingers over a phrase and something feels off, then change it.  Simple wording is best and the least apt to be misconstrued by the powers that be.  The universe is listening and will give you what you ask for a lot of times, but you want to make sure that you are asking for the right thing.

The main point of this article is to give you some guidelines in order that your ritual go off without a hitch.  Nothing can dampen spirits more than an unexpected accident—it’s hard to raise enthusiasm after the altar falls over in a heap because nobody checked to make sure that the card table was able to support the weight of all those crystals.  Equally true is the fact that regaining your focus in ritual after a particularly close call is next to impossible.  When the altar starts going up in flames, even if you get it put out without a problem, people are going to be nervous and that nervousness will filter into the rest of the ritual.

So be smart.  Think first.  Plan for contingencies.  Extrapolate on what “could” happen and adjust that which needs adjusting.  Your goal is to enjoy your rituals, to have fun celebrating the holidays, to show respect and reverence; not to sit there crying after you’ve flooded your outdoor shrine because you forgot about proper drainage around the jury-rigged fountain.