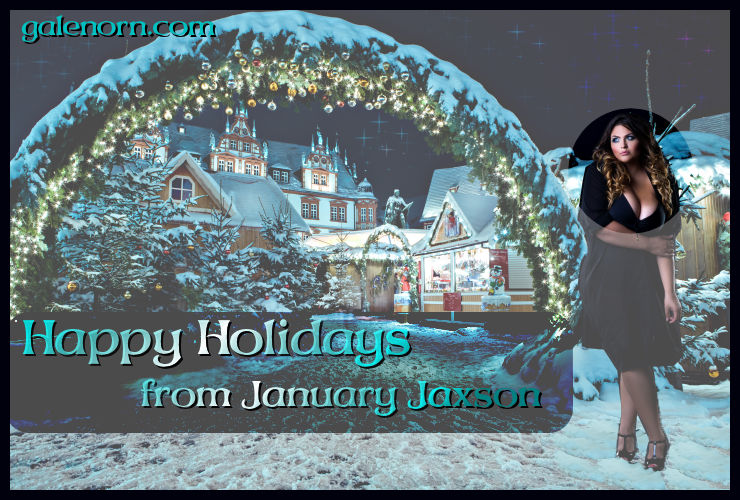 Meet January Jaxson. Almost 41, recently divorced from her elitist asshole of a husband Ellison, she finds herself moving back to Moonshadow Bay, WA–her hometown, in early December. January’s a Fam-Trad witch, born to a line of witch women. But for years, she’s ignored her powers–as well as her longings–because her ex didn’t want anything to do with them. It’s time for January to return to her roots, grow into the woman she’s meant to be, and learn how to live–and love–in a quirky town of misfit supernaturals.

“January, what did you do to his car?” Ari’s eyes twinkled. “I know you. You didn’t just leave quietly.”

I grinned. “I may have opened the window. And a hose may have found its way into said open window, and perhaps the water may have gotten turned on.” I grinned. “I had to leave the bastard some parting gift. After all, he stole my magazine, blacklisted me around town, and had the nerve to get engaged to his bimbo before we were even divorced.”

Ari let out a snort. “You didn’t disappoint me, lady. All right, go get your ass in the shower. I’ll poke around in the kitchen and see if there’s any coffee.”