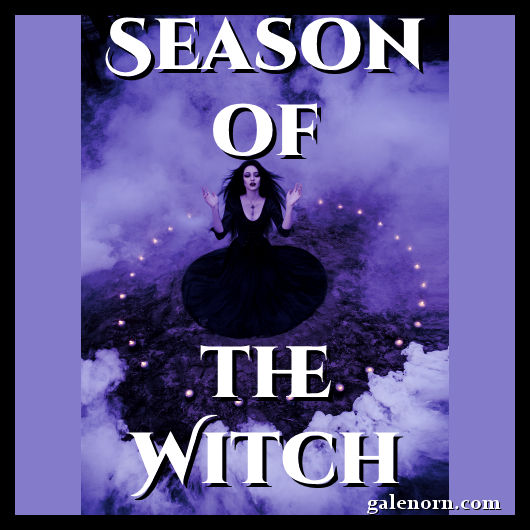 When we talk about the season of the witch, we’re talking about September, October, and November of course. Mostly October, because of course both Halloween and Samhain take place at the end of the month (October 31st is Samhain Eve–which is when the holiday is celebrated in a number of traditions). As most of you know, Halloween is a secular holiday based on Samhain. And of course the Halloween witches are generally not based on those of us who are real-world witches. I guarantee you, I don’t have green skin or warts and I think I’m necessarily that ugly. 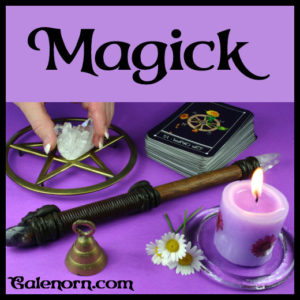 Speaking of witches and magick, I cast a basic Circle every morning in my office, I invoke the elements, our spiritual guardians that watch over our house, and the gods. I developed an abbreviated version from regular magical practice that allows me to do this in 10 minutes. On the full moons, I cast a full Circle and then perform my magick, or just meditate on the gods and what they want me to do in my life.

One of the things that people may not realize about pagans is that we believe in taking personal responsibility for things that happen in our lives, and we also believe in taking responsibility for those things we have done. If we create a mess in someone’s life, it’s up to us to try to fix it and to apologize and make amends. Yes, the gods may help us at times, but they don’t hand over goodies on a silver platter.  It’s up to us to manifest and create what we want to happen. The gods may help, but they won’t just pass out candy for free.

This is the season when the Veils between the world of the living and the dead are thinnest. That’s what the celebration of Samhain is all about. While we don’t get many ghosts in my house because I’m very good at warding against spirits and astral creatures, we make an exception on Samhain, when we invite our ancestors and to celebrate with us. And even then, it is a select list of spirits. I refuse to invite the spirits of those people who were toxic in my life to visit. I don’t honor them, and I’m not going to be a hypocrite about it.

Samhain is a sacred time. We honor our ancestors and honor the rite of passage that we all face at the end of our lives. Without death, the world would be so overcrowded that life would be absolutely miserable. And as hard as death can be, and as much as we mourn those whom we’ve lost, it’s a natural part of life that we all must face. Everybody dies. We call it the Eternal Return, for out of death comes life and out of life comes death. When we return until we’ve learned all the lessons we want to learn in this realm. 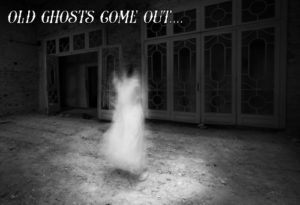 I’ve had a number of kitties come back to me, or rather several kitties reincarnate back into my life. Currently, our Brighid used to be Luna, and Morgana was Keeter, and now Kirsi firmly let me know that she’s Morgan/Keeter returned again. I remember some of my past lives. The afterlife consists of a number of options, and reincarnation is one of those.

So yes, I believe in ghosts and spirits. In fact I’ve dealt with several of them and helped them move on. A lot of times people don’t realize they have died, if the death has been sudden or dramatic. But I don’t recommend doing this unless you have had training. It’s very easy for spirits to attach to living persons, and the last thing you need is for an angry spirit to follow you home.

So yes, this is the season of the witch — the season of mist and rain and shadows and falling leaves, at least in the northern hemisphere, and the season of all things that seem ooo-spooky to us. In celebration of this season, in my Facebook group that I am a founding member of — the Witch Romance Reads group — we’re celebrating all things witchy this season. So come on over and join us for a lot of fun posts and contests and talking about the witch-based books that we love to read and write. (Remember to answer the membership questions).

One thought on “Season of the Witch”