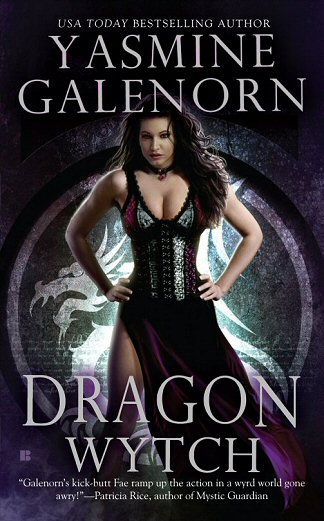 We're the D'Artigo sisters: savvy--and sexy--operatives for the Otherworld Intelligence Agency. But being half-human, half-Fae short-circuits our talents at all the wrong times. My sister Delilah shapeshifts into a tabby cat whenever she's stressed. Menolly's a vampire who's still getting the hang of being undead. And me? I'm Camille, a wicked-good witch, trying to juggle faulty magic, gorgeous men, and the demonic war in which we're embroiled. Sometimes, it's hard to know just who we can trust...

"The Equinox is coming, and mayhem rules. A crown-prince unicorn offers us a legendary gift, but it vanishes. Goblins and trolls swarm the streets of Seattle. And now Smoky, the sexiest dragon alive, decides to stake his claim--on me. Overshadowing it all, the third spirit seal surfaces and Shadow Wing's after it. But I've discovered a secret that could change everything. A new power is rising--a dangerous force from the past--one that intends to restore balance to the worlds...whether we like it or not..."