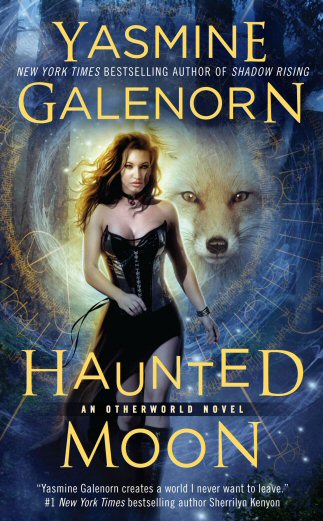 We're the D'Artigo sisters: savvy half-human, half-Fae operatives for the Otherworld Intelligence Agency. My sister Delilah is a two-faced werecat and a Death Maiden. My sister Menolly is a vampire married to a werepuma. And me? I'm Camille, a wicked-good witch with three sexy husbands. I'm a priestess of the Moon Mother, and I'm training under the Queen of Darkness. Unfortunately, playing in the dark means that sometimes you stumble over secrets better left buried…

There's a new Fae sorcerer in town—Bran, the son of Raven Mother and the Black Unicorn--and I'm the unwilling liaison between him and our new Earthside OIA. With cemeteries being ransacked, and spirits being harvested by a sinister, otherworldly force, Aeval sends us to rescue the missing wife of a prominent member of the Fae nobility. Our search leads us to the mysterious Aleksais Psychic Network, and ultimately, to face the Lord of Ghosts. Morio and I must undergo one of the most terrifying rituals we've ever experienced. A ritual that will plunge us directly into the world of the dead.