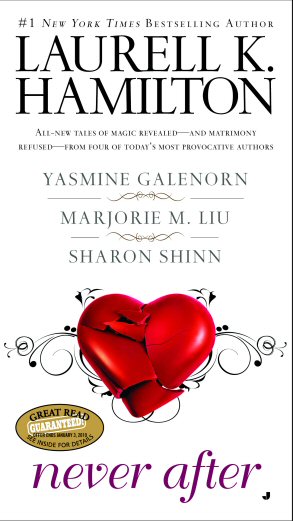 Written by Yasmine Galenorn: The Shadow of Mist

Siobhan Morgan, a friend of the D'Artigo sisters, has a hidden past.  A selkie, Siobhan has told everyone she was sent to the United States because inbreeding was wiping out her people.  What she didn't tell anyone was that a dark presence from her past who has been stalking her for a hundred years, since she first left the shores of Ireland.  A man who will stop at nothing to possess her. With the help of the D'Artigo sisters, Siobhan must stop him before he destroys everything she loves and everything she's built in her new life.