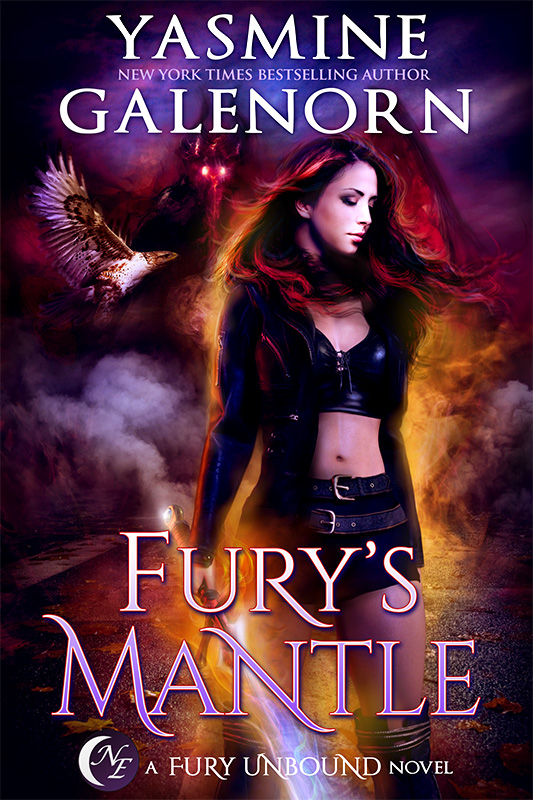 Part of the Fury Unbound series:

The second arc of the Fury Unbound Series begins.
Eight years after Tam and Fury's wedding:

My name is Kaeleen Donovan. I'm a Theosian-a minor goddess. They call me Fury. Oath bound to Hecate, I was charged from birth to hunt down Abominations who come in off the World Tree and send them back to Pandoriam.

In the wake of the second World Shift, Tam and I have spent eight years building UnderBarrow and Willow Wood into a thriving community. We’ve created an oasis of civilization, a safe haven in the vast sea of chaos left after Seattle fell. But as we settle into our new life, a terrifying danger is rising.

Travelers through our territory are being attacked, viciously savaged and taken for food. There are no survivors and no witnesses, but rumors begin to circulate. One of the old gods has returned with a taste for blood. When the Frostlings report that lycanthropes are gathering under a strange banner, we know we’re in trouble. Whoever is at their helm is proving a ruthless, deadly enemy. As the attacks close in on Willow Wood, Hecate warns me that if we can’t stop them, all we’ve worked so hard to build will be destroyed.