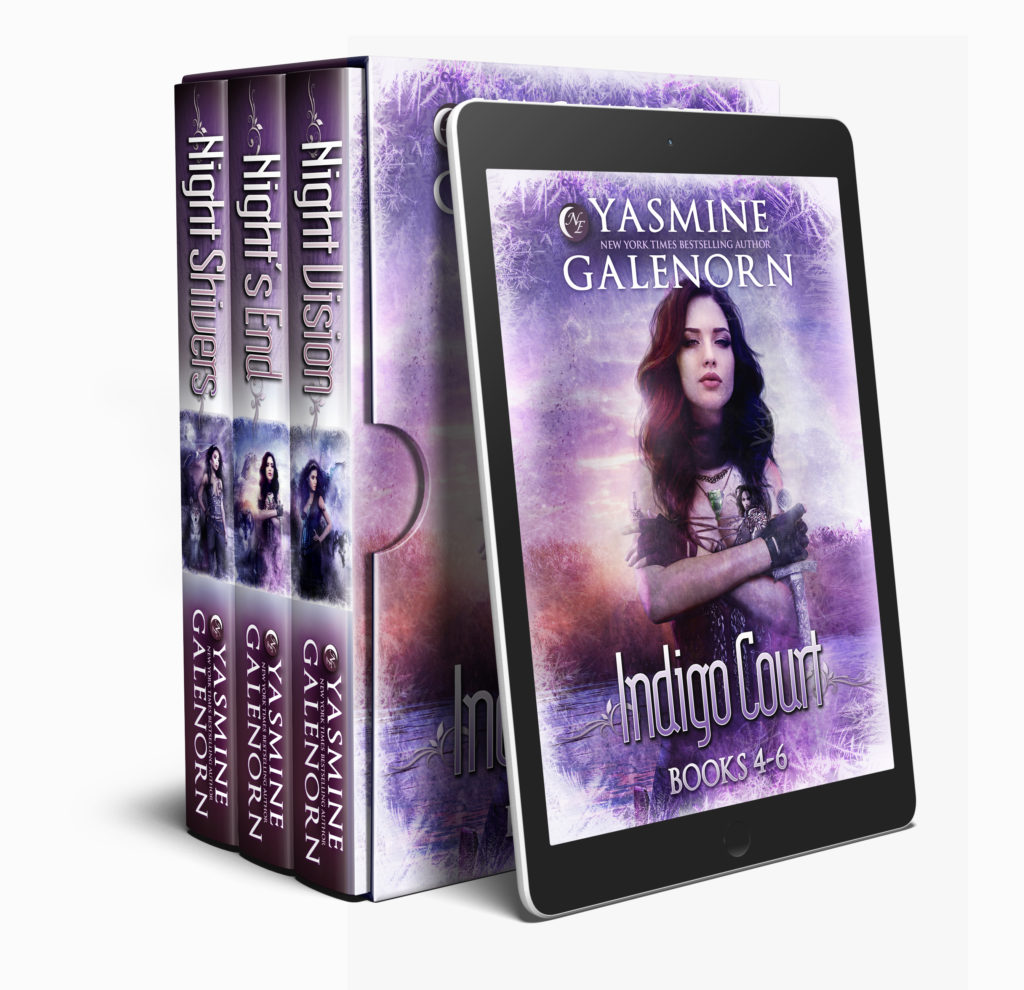 Part of the Indigo Court series:

For the first time, here are the last three books in the New York Times bestselling Indigo Court urban fantasy series, collected together into one volume.

Destined to become the Fae Queens of Winter and Summer, Wind Witch Cicely and her cousin, Rhiannon, are eager to assume their roles and marry the loves of their lives. But while Myst hides in the shadows, seeking to regroup her forces, another danger is lurking closer. Renegade vampires Geoffrey and Leo manage to free the Blood Oracle and set him upon New Forest, Washington. Not satisfied with wreaking havoc on the town, Leo ups the ante by kidnapping Rhiannon. Now, Cicely must lead her forces in a bloody battle to save her cousin before everything they’ve worked for crumbles to dust.

Newly crowned Fae Queens Cicely and Rhiannon have embraced their destinies and claimed their thrones. But Myst is rising once more, and now, at the helm of her armies, she begins her final assault on the Golden Wood. As Fae, vampires, and magic-born alike fall under the tide of blood, Cicely and her friends must discover a way to destroy the spidery queen before they—and their people—face total annihilation.

Cicely, Queen of Snow and Ice, is slowly getting used to her new role in life as Queen of Winter. The Vampiric Fae have been conquered and Myst is gone, but now something new is unsettling her kingdom. A ship sails across the Crashing Sea from the Golden Isle with new members for her kingdom, but all of the Sidhe aboard are missing. And the Wilding Fae are appealing to the Fae Queen. It seems that several of their members have vanished, and a large shadowy wolf has been seen on the outskirts of their village. Something from the depths of Hel is on the loose, trying to usurp control of the Realm of Snow and Ice. Now, Cicely and her friends must face down the monster before he can marshal the ice giants, and destroy the new Queen and her rule.

Additional books in the series that are not included in this set: