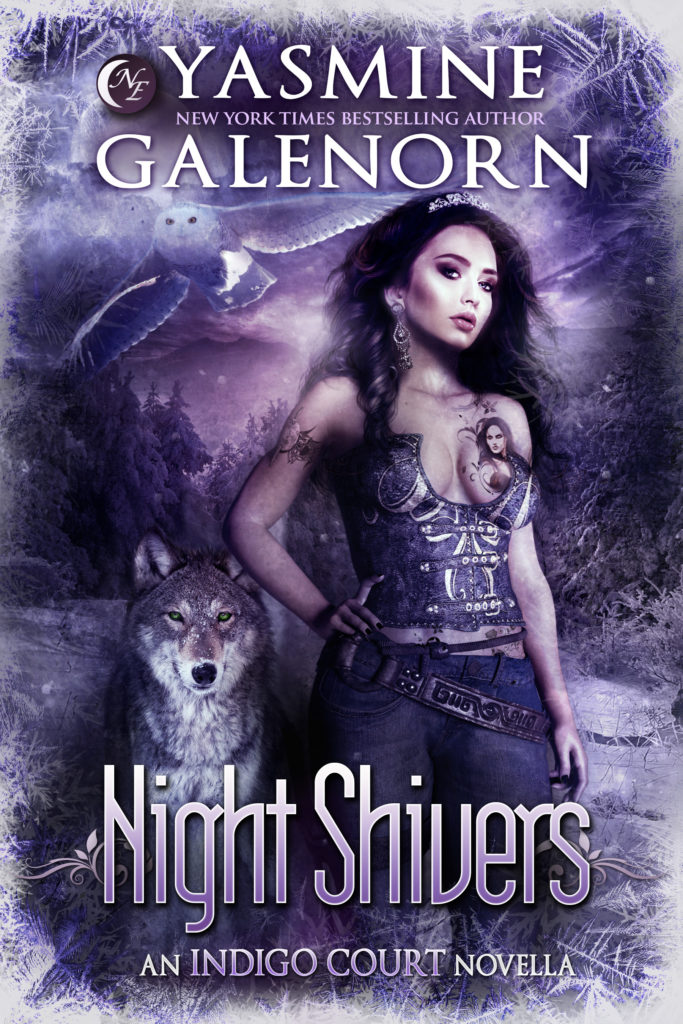 Part of the Indigo Court series:

Cicely, Queen of Snow and Ice, is slowly getting used to her new role in life. The Vampiric Fae have been conquered and Myst is gone, but now something new is unsettling her kingdom. A ship sails across the Crashing Sea from the Golden Isle with new members for her kingdom, but all of the Sidhe aboard are missing. And the Wilding Fae are appealing to the Fae Queen. Several of their members have vanished, and a large shadowy wolf has been seen on the outskirts of their village. It seems Fenrick, a wolf-shifter and priest of Hel, the frozen goddess of the underworld, is on the loose, trying to usurp control of the Realm of Snow and Ice. Now, Cicely and her friends must face down the monster before he can marshal the ice giants, and destroy the new Queen and her rule.