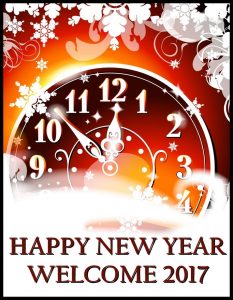 So, end of the year wrap up post. I used to do these every year, then it got sporadic, but 2016 has been so tumultuous that it feels like I need to stop and look back. At the end of last year, I realized that my time with Berkley was pretty much done. They’re going in a different direction. They didn’t want to continue with my series and I didn’t want to write the genres they were willing to look at. I was hopeful about switching publishers. That almost happened, but then as the first few months of 2016 wore on, it became apparent that they were taking way too long and making a lot of promises that weren’t being met. So I made the decision: it was time to go fully indie with my work.

Understand, that was a terrifying decision for me. Could I do it? Could I make a living equal/better than with a traditional publisher? Could I continue with a career that I’ve built for twenty years, the only career I ever wanted to have—that I worked for years to get into? I decided that I had to try. And thanks to some very dear friends, both writing and non-writing, I swallowed my fear and dove in.

And…now…nine months after I made that decision, I’m confident this will grow into a bright, wonderful second half of my career—and be even more lucrative than my work with traditional publishers was. I’m writing what I want to write. I have a freedom now that I haven’t felt since before I got my first contract, but now I have the skill to execute what I want to write. And now, with self-publishing being such a viable option (far greater than publishers or certain writers want you to think), I think that I’m settled in for the long haul. Does that mean I’ll never work with a traditional publisher again? Well…I won’t say no. I won’t say never—but there would have to be a lot of incentive to do so.

But my career wasn’t the only facet of my life that shifted. My magickal practice grew stronger, my ties with friends blossomed—especially when my niece moved to the area, and my best friend moved back to the area. Samwise suffered a lot of obstacles with discrimination to his disability in the workforce. He’s still struggling with that.

As for the world…well…2016 needs to be kicked to hell in a hand basket. But I don’t want to dwell on that. Because I do believe in the law of attraction, and focus on the negative brings more of the same. Focus on the positive and you draw in more positive effects. Let’s face it—we know the negative exists but feeding it only makes it grow stronger.

My watchwords for this year are: Cultivate. Play. Thrive.

I aim to add more play into my life. It’s vital for mental—and physical—health.

And I want my home and household to thrive. I want us to return to a state where we weren’t worrying. Where we could focus on what we loved to do, but now I want that with more control over our careers and our days. Those are my goals for this year in terms of ‘concepts’…and now I need to put them into action.

I never make resolutions for the New Year. Instead, I plan. I make goals, ones that are high but achievable. Ones that I know I will work toward. To me, resolutions are often pipe dreams or just wishful thinking that won’t be acted on. But goals—goals imply action. Goals imply that you must strive toward them. They don’t just ‘happen’ out of the blue. But the more you work toward those goals, the more likely that synchronicity will come into play, because—again, the law of attraction—you are focused on the result as well as the process. Focus on prosperity and work toward it and it will draw more of the same. Focus on lack—and work against it—and you will attract more need/lack into your life. The key is the point where you apply your focus and attention.

I’m planning an ambitious blogging schedule for this year. We’ll see how it goes. I’m planning on less social media this year. The more I’ve backed off, the happier I’ve been. I’ll still be on Twitter and in my groups on Facebook, but not as much. I’m putting career and personal life at highest priority.

So, as 2017 approaches, I’m choosing to meet it with welcome, open arms. 2016 was a “9” year—numerologically the number 9 stands for endings. It’s the culmination of a cycle. 2017 will be a “1” year—beginnings. And the beginning of a cycle is when we can make the strongest changes in our lives. So making change with positive, focused intent? That’s what I’m about this year.

Here’s hoping you find your own well of strength for the new year, and that you can find your focus!

5 thoughts on “A New Year, A New Outlook”