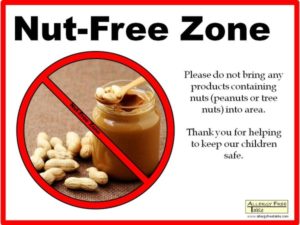 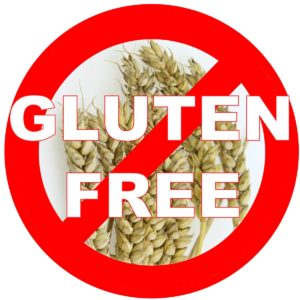 Happy Monday — it’s been an awfully long weekend. I have a LONG post for you today.

It’s been a while since I’ve done an allergy post, and boy do I have a long one for you. A little over a week ago, my husband visited his family, for a relative’s wedding. This relative is severely gluten intolerant, the littlest bit can put him in the hospital. And it’s taken a toll on him.

While Sam was gone, my niece came to stay with me for part of the weekend. She has mastocytosis, a rare mast cell disorder. Now my food allergies and my histamine intolerance are also forms of mast disorders. It seems to run fairly strong in our family. She and I were talking, and I began to feel odd. My face was starting to tingle and my hands were itching and soon I was hot and flushed and itching all over and getting spaced out. I couldn’t figure out what it was that I had eaten or come in contact with that had triggered off the reaction. She got Benadryl into me, and got me into the bathroom so I could wash myself with cold water which helps stop histamine flush.

Not long after that — only a matter of an hour or so — she was feeling a reaction coming on to. So, we got Benadryl into her and we were both doped up while we made dinner together. We managed to get through dinner and through the rest of the evening, and as she said, “Wow…what a girl’s night, we’re partying with Benadryl and meat!”

The next morning, Apple was playing over at my assistant’s desk. He tipped over a waste can and my niece went over to set it upright. As she picked it up she happened to pick up a wrapper that had fallen out of it — it was a wrapper for a nut protein bar. Our house is strictly nut free, so I was extremely dismayed to see this. And just picking it up by the corner was enough to throw my niece into another reaction. We got Benadryl into her and spent the day together. The entire trashcan went into a trash bag and out in the garage because neither of us should be touching anything has to do with nuts.

Well, it was a total accident that my assistant had brought the nut bar into the house. Actually she hadn’t even brought the bar in, just the wrapper to throw it away so that I wouldn’t come in contact with it when I got into her car. But it just reinforced how stringent we have to be. Nuts can be deadly for my niece, and they’re getting close to that for me.

Sam came home the next night — Monday night — and I was really glad to see him. But he warned me that he had eaten something at the airport that he thought might have garlic in it. As I often do when this happens, I asked to smell his breath. Usually I can tell by one whiff whether I’ll have to ask him to sleep on the sofa for a few nights. Even the smell of garlic triggers strong reactions in me. Well, I took one sniff of his breath and boom…landed right in a another reaction. Apparently my body is extremely reactive right now. Once again, I took Benadryl, and my workout partner and I decided we were not working out because it would not be good for me.

But while we were sitting there, Sam informed me that he has decided to go gluten-free so that we could make the entire house gluten-free. Seeing how strong my reactions have been getting, and seeing what gluten has done to his relative, made an impression. So we’ve been spending the entire week cleaning the house and getting rid of everything that might be cross contaminated with gluten.

And it has been an eye-opening experience. For one thing almost all of my makeup has gluten in it. Now, a lot of people say it doesn’t matter if you touch gluten when you are gluten sensitive or celiac. However consider this: you brush your hair, you run your hands through it, your lip itches and you rub it — you have just managed to ingest a little gluten. You use lipstick that has gluten in it. The average woman ingests 4 pounds of lipstick throughout her life and therefore you have ingested gluten when you wear it. Anytime you lick your lips and you have any residue of lipstick on there? That goes in your mouth. And so on. It becomes incredibly easy to cross-contaminate yourself.

We also had to find grain free food for the cats, both wet and dry. And I bought new plates for their food, and new trays to set the plates on. I actually found something called whisker fatigue plates — they’re bowls that are wide and shallow, to prevent whisker fatigue when kitties eat. Apparently this is a real thing and I don’t want the cats’ whiskers hurting.

So our past week has been spent piling things into the car for charity, scrubbing every counter, every cupboard, every dish, and every new thing that we had brought into the house. I gave away every speck of my makeup with the exception of a few things that have not been opened and I know are gluten free. Hair and makeup brushes? Well, my makeup and hair supplies all contained gluten. So, I gave those two friends who likes the brands, did a lot of research, and ordered new makeup and hair supplies that are gluten and nut free.

You see that’s another problem, I have to have nut free products. I can have coconut in the house and use it, but that is not a true tree nut. My histamine intolerance has become so strong that traces of nuts bring on reactions. And all of my bath washes except for three bottles? Contained gluten or nuts. I have a huge stash of bath washes and lotions that I can no longer use. I found a few to replace them, but this hurt. And it’s not just my pocketbook. I loved all these other products, but now I realize that they probably contributed to a number of my unexplained reactions. I’m living in the new normal. And I’m still getting used to this.

Over the next few months I am going to be doing some reviews of new products that I find that are gluten and nut free. And for me of course, dairy free. I may try some vlogging as well, with my reviews.

I’m going to wrap up this particular blog post right now with the thought: it is an absolute blessing to have a family, or a spouse, who understands your physical disabilities and conditions. And who also take steps to make sure that you feel safe within your own house. I realized today, as we continue our massive cleanout, that I’m already starting to relax a little bit. I won’t have to worry as much, and the friends we have who have similar issues will also be safe in our house. And that, that is vital to me.