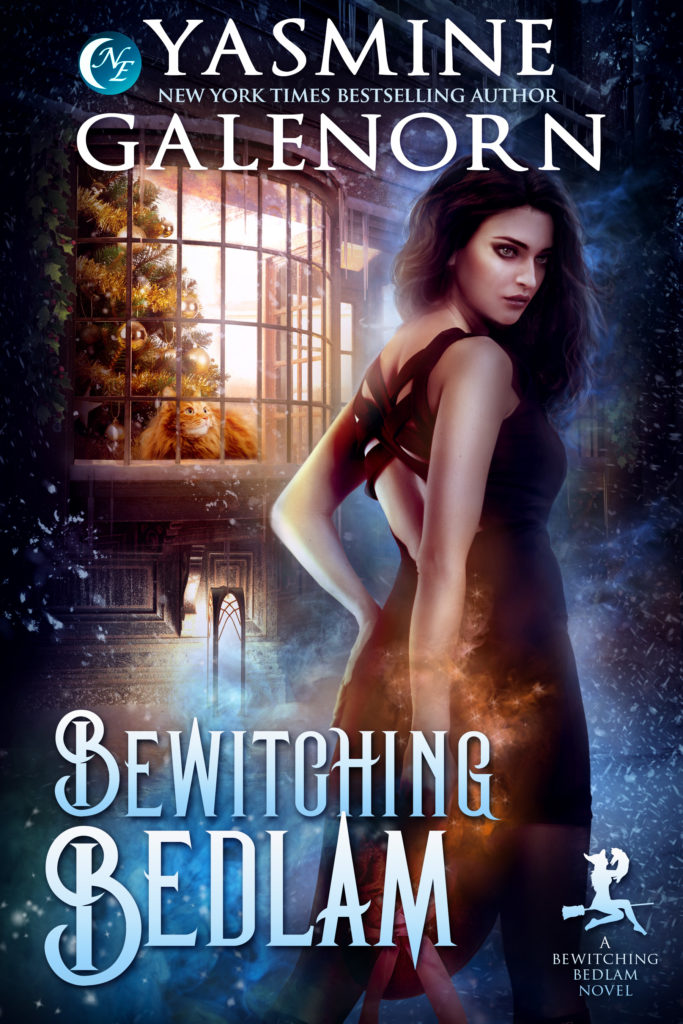 Maddy Gallowglass, a witch who was once the most feared vampire slayer in Europe, sets up a magical bed & breakfast with steamy hot vampire, Aegis, but runs into trouble when someone decides she'd be better off dead—mystery and hot vampire nookie all rolled into one.

As Maudlin and Aegis prepare to open the Bewitching Bedlam B&B to guests, they immediately find themselves embroiled in a battle for customers. Ralph Greyhoof, the owner of the Heart’s Desire Inn, doesn’t like to share. The conflict heats up when Maddy finds a local witch dead in the rose garden. The woman looks a lot like Maudlin and suspicion falls on Ralph. But Maddy knows that as competitive as Ralph is, he wouldn’t resort to murder. Maudlin and Aegis set out to find the killer, even as their own relationship is put to the test. Aegis’s old flame has returned, determined to win him back, no matter what it takes.

The awesomely talented Galenorn launches a fun and exciting new series set in the small town of Bedlam, Wash., where centuries old witch Maudlin “Maddy” Gallowglass has decided to settle down and open a B&B. Bedlam is chock full of magical and supernatural creatures all “attempting” to live in harmony. As she does so well, Galenorn immediately develops a host of intriguing characters whose interactions and confrontations lay the groundwork for a memorable story. This is a great introduction to this world and its inhabitants.