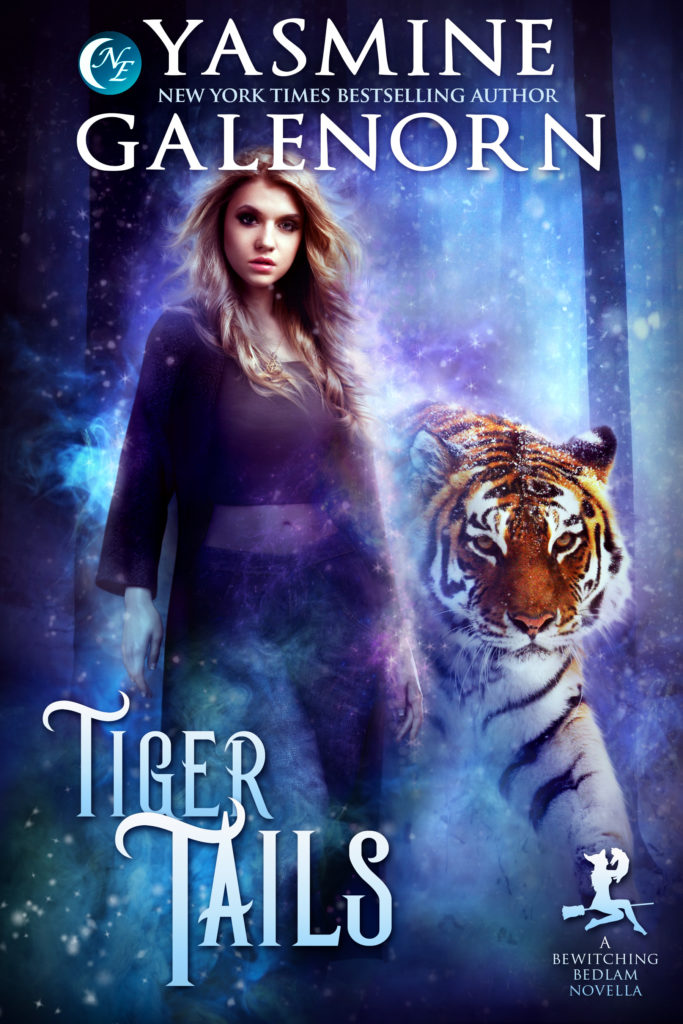 THE PHONE BELTED out Highway to Hell at an alarmingly loud level. Startled, I yanked off my sleep mask and shot straight up in bed, grabbing my phone by sheer force of habit. I pressed the TALK button as I brought it to my ear.

"Unnh?" was the only word I could muster up.

The voice was no-nonsense, registering as male through the hangover haze that had knocked me on my butt. Alex and I had polished off a blender full of daiquiris the night before and my head felt like it was stuffed full of dryer lint.

I squinted at the phone, holding it away from my ear. Without my contacts, the Caller ID was blurry, but I could just barely make out the letters. The moment I recognized the name-Neverfall Academy for Gifted Students-I leaned back against my pillows and tried for force some semblance of diplomacy into my voice, even though I wanted to ask them what the fuck they meant by calling so early. It could be bad news, so I needed to clear my head and listen.

"This is Sandy. Clauson. Is everything all right?"

"Ms. Clauson, tomorrow is the Seventh Term's elemental nature hike. We still haven't received your written permission for Jenna to accompany the class."

Oh crap. Last night I kept thinking I had forgotten something, and now I knew what. Jenna was my ward-at least temporarily. Derry, a friend of mine, had undertaken a world tour that would last at least two years. She hadn't wanted to drag her daughter all over Timbuktu and beyond, so I had agreed to oversee Jenna's welfare. Jenna lived at the Neverfall Academy for Gifted Students, and I had temporary custody. I was still getting used to the Mom thing, though I doubted I'd ever win any accolades for mother-of-the-year. While Jenna lived at the academy, she would be staying with me on some weekends. I wasn't sure exactly how it would work out, But Derry had chosen me and nobody else but me, so I was determined to return her daughter to her in one, happy, well-adjusted piece.

"Listen, as soon as I'm up for the day, I'll fax over a permission slip. Email me the information you need, where they're going, and I'll get right on that when..." I paused to glance at the time. Fucking hell. Six AM?

"Really? You are really calling me this early?" So much for diplomacy. Nobody ever called me before ten unless it was an emergency. Not even Maddy, my best friend.

"I'm sorry Ms. Clauson. We always call parents and guardians early when something like this comes up."

"Fine...fine. Just send me the info. Thanks." As soon as the line went dead, I slid the sleep mask over my eyes again and settled back under the covers. I was out like a light, before I could even ponder just how much this guardianship gig was going to affect my life.

TWO HOURS LATER, I had showered and dressed. I had dressed for comfort-yoga pants, a gauzy peasant shirt, and a pair of Uggs-and I hurried toward the dining room, determined to get a clear-headed start on the day. As I passed Alex in the hall, he pressed a cup of coffee into my hand. He was swiping away on his phone.

"Here's your coffee. Texting you your schedule for today. Your bear claw is on the table." Alex pulled out a chair for me. "I also took the liberty of printing out the permission slip from Neverfall for Jenna's hike tomorrow." He slid the paper onto the table and handed me a pen. "Sign there, and there, and I'll fax it right back to them."

I sat down and, taking the pen, scribbled my name on the appropriate lines. "Where are they going?"

"The Wonderland Trail up on Paulson's Peak. Elemental magic lesson-out in the wild, so to speak. How old is she again?" Alex hadn't met Jenna yet.

"She's thirteen and smart as a whip."

I flipped open my tablet and, picking up the tongs, selected a bear claw, dropping it onto the waiting plate. The pastries were fresh, a yeasty, rich smell filled the room. My stomach rumbled. I loved bear claws, and cinnamon rolls, and anything else that had a thick layer of glaze on it. The coffee was Kona-deep, dark, and strong, just the way I liked it. I settled back with a satisfied sigh. "That hits the spot. Where's Mr. Peabody?"

Mr. Peabody was my new pet. He was a skunk who had been de-scented by a previous owner, then abandoned to the wild. A few weeks ago, I had found him in a snow bank, as he desperately tried to scurry over to me. It quickly became apparent that Mr. Peabody had only ever known a domestic life, so I gathered him up and brought him home.

We got on well. He was an independent little guy, but we had our cuddles, and he was good at keeping away door-to-door salesmen. All I had to do was call him over when I answered the door, and the solicitors ran for the hills. My vet had given Mr. Peabody a clean bill of health, had microchipped and vaccinated him, and I decided to name him after one of my favorite cartoon characters. Since he'd been living with me, Mr. Peabody had developed a fondness for Alex and hung out with him during the day.

"Mr. Peabody is having his breakfast in the kitchen. His highness deigned to eat turkey gravy platter this morning. He's decided that chicken liver pate no longer appeals to his palate." Alex snorted. "Goofball. Anyway, as to your schedule, I've added a party tonight. I know you didn't want to attend any more social events this week, but this sounded like one you really should make an appearance at."

I wrinkled my nose. My schedule was meeting-heavy today. While I had money to burn, I wasn't one to sit around idle. I was on the board of directors of the Sand Witches-a chain of upscale eateries my ex and I owned. We had opened them before he discovered his attraction to Robert, a twenty-two year old waiter. But as shocked as I had been, I knew better than to blame either one of us. After I had processed through the loss, I decided we might as well stay friends. We made good partners in business, and in my over three hundred years, I had learned a lot about human nature, and one thing I knew for sure: you don't throw away people because they come late to an understanding about themselves.