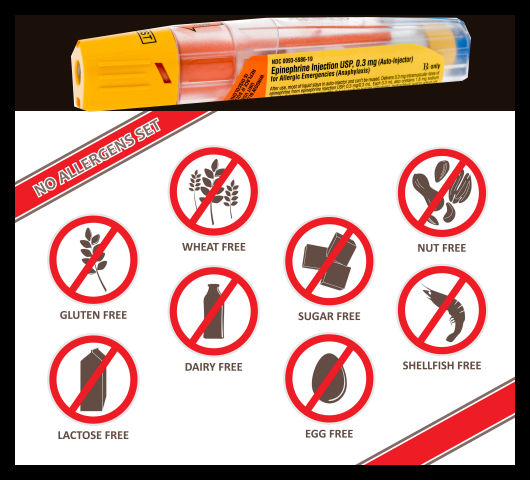 So, I haven’t talked about MCAS that much yet. Which, turns out my Histamine Intolerance is one part of. Rather than regurgitate the information that’s already well-documented out there, here’s a post with a good overview of what MCAS is.  I’m in a flare right now, a lot of reactions going on right now and quite often, not being able to find the trigger. So I deal with the reactions and quit beating my head against the wall, trying to figure out what caused them.

So, what does a mast cell reaction feel like? Ask ten different MCAS patients who have ten reactions each and you’ll have one hundred differing versions of what the reaction’s like. There will be overlaps, but there are so many symptoms that come along with MCAS that it tends to be highly individualized. For example, night before last, I had a rough reaction. Now, most of my reactions involve a lot of itching–and it’s not just, my back itches. It’s slightly burning, tingling itching that can be in one part of my body (like my arms or legs) or systematic through my whole system. But there are a number of other symptoms I get during a reaction.

My worst kinds of reactions are the ones in the middle of the night. I’ll walk you through it. So, night before last I barely slept, but I wasn’t fully awake. At 2:00 AM, I found myself in a loop, trying to figure out if I had taken Benadryl (I hadn’t).  But, because the mast cells in my brain go a little wonky when I have these reactions, I can’t figure out fully that I’m in a reaction…until about an hour later, when I vaguely realize I’m starting to shake (my legs tend to go into a restless-leg type syndrome during these reactions), and I’m starting to panic. MCAS can trigger panic attacks in some people, and I’m one of them. At that point, I realize I need Benadryl but I’m frozen–I literally cannot make myself sit up and find the Benadryl. All I know at that, at one point, I knew I needed to wake Sam up so he could help. I managed to wake him up around 3:15…he asked me if I was okay, I shook my head, and he realized what was happening.

So, Sam gets up, gets the Benadryl and pours it out for me. I down it (at this point in these reactions, I pretty much do what I’m told), and he gets my iPad out for me because unless I have something to focus on, I’ll spiral into a really strong anxiety attack. By this time, the itching has started. An hour later, I’m still itching and shaking and so he gives me another 1/2 dose of the Benadryl. About twenty minutes later, that seems to knock the reaction out and my legs just…stop…and I feel the tension begin to drain out of me, and the itching stops. By 5:30, I’m able to turn back around in bed (during the anxiety attacks, I get claustrophobic if I’m near the headboard–it feels like it’s looming over me–so I turn so I’m facing the bottom of the bed).

And yesterday morning, I managed to drag myself out of bed at 9:30, barely got anything done during the day, and felt like crap all day long. This is part of my new reality. The days when I can’t fight off the fog, when I realize I just have to walk through the day and let it be what it is.

Because that’s what having a chronic condition does to you. It humbles you. It slams you down until you admit that you cannot control everything. Till you admit that some days will be crappy and some days will be good and if I could predict which those were, I’d be deliriously happy. I’m great with reading tarot cards but at the beginning of the day, I can’t tell you if I’ll end up with a reaction that day. I’m good at planning out my life, but some days, I just can’t follow through on my plans because I’m foggy, tired, and feel like I’ve been steamrolled. And that’s hard for me to accept. It’s hard for me to accept that, yeah, the Spoon Theory is a reality in my life now. But accept it, I have to. There’s no other choice.

It also means I have to streamline my life. I cut out the activities that drain me of energy without giving anything back. I focus on the priorities–my writing, my family, my magick, my health. It means I seriously have to cut back on social media because it can be a real psychic vampire. It means I eliminate time wasters that I don’t enjoy and that I don’t have to do. It means I analyze what supports me and my health, and what doesn’t. It means I re-train myself to stop getting involved in things that aren’t my business, that I can’t do anything about. I’ve used the phrase, Not My Circus, Not My Monkeys a whole lot the past few years.

Basically, any major change to your mental or physical health requires that you reconsider your habits and adjust accordingly. It means you stop pretending that you are still able to exist in your old normal. It means you accept that your new normal can’t and won’t be the same as before. And it requires finding new joys in life now, because some of your old joys will fall away. You mourn the way things were, and let them go. Because living in the past really isn’t a good option, even if it means you must say goodbye to the old you, and accept the new you.

One thought on “MCAS: Flares and Frustrations”