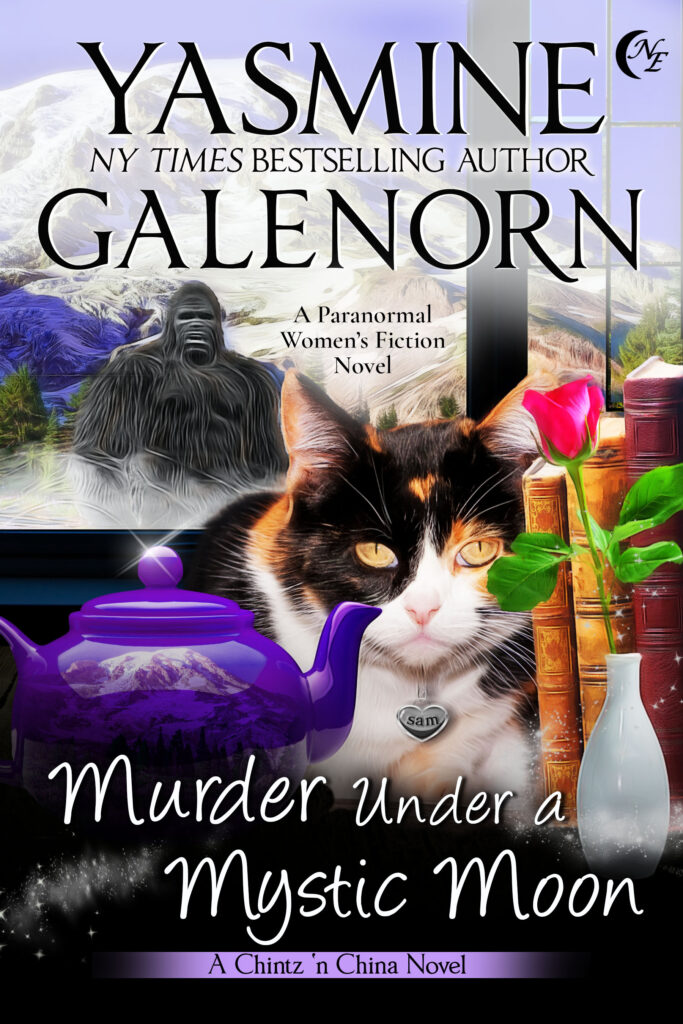 With her teenaged daughter's birthday on the horizon and the town's autumn festival in full swing, Emerald has her hands full with party preparations and teashop specials. But a request from her friend Jimbo has her using her abilities to look into the disappearance of his friend. In the woods surrounding the Klickavail Valley enclave, Emerald senses a strange energy manifesting itself-before literally stumbling across the body of Jimbo's friend. While the police are willing to blame the death on a cougar attack, Emerald knows there's something else wandering the forest-something that resembles the Klakatat monster of legend, but may actually be a monster of a more human kind.

Murder Under a Mystic Moon