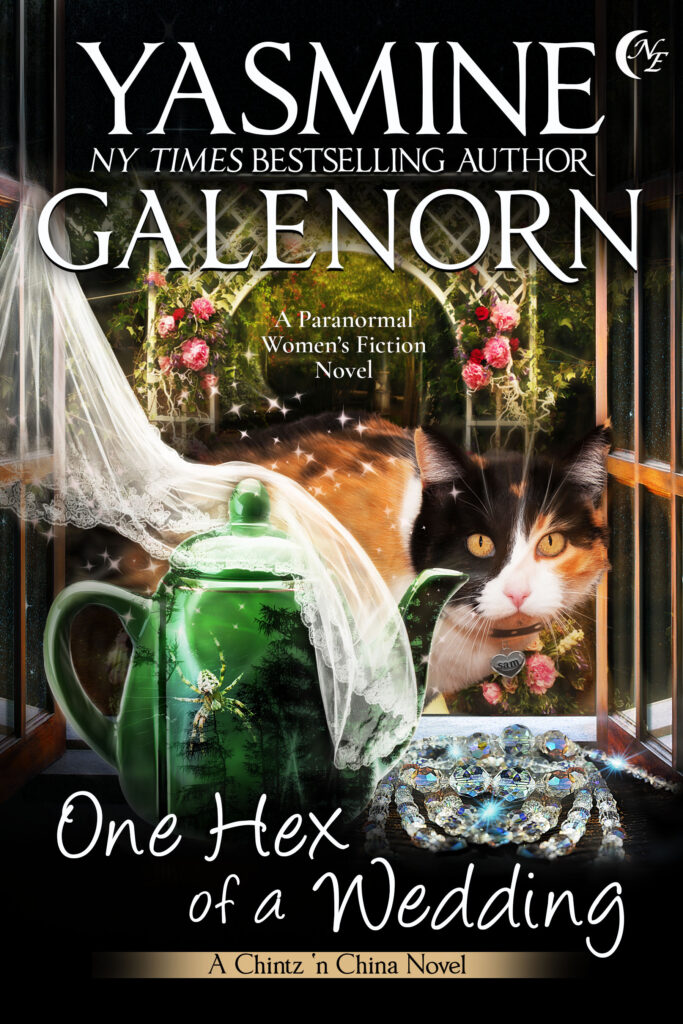 Emerald O'Brien is about to tie the knot with her fiance Joe, but one uninvited guest to their engagement party reminds her that some ties still need to be severed. Her ex-hubby Roy can't hold his liquor--or his temper--and after brawling with Joe, he threatens to ruin their wedding. When Joe is wounded from a gunshot the next day, Roy becomes the prime suspect. Emerald knows her ex has a mean streak a mile wide but doesn't believe he'd be capable of attempted murder. And when a sinister presence starts stalking her maid of honor, Em begins to worry that her marriage has been cursed before she's even walked down the aisle...

One Hex of a Wedding