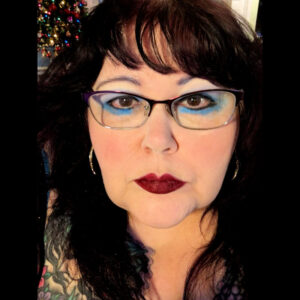 I have over 70 books on the shelves, and I write urban fantasy and paranormal romance, including the Fury Unbound Series, the Wild Hunt Series, the Otherworld Series, the Bewitching Bedlam Series, and a number of others, as well as metaphysical nonfiction books. I wrote for traditional publishers for twenty years, up until 2016, and now I have moved into being an indie author to give myself more freedom. 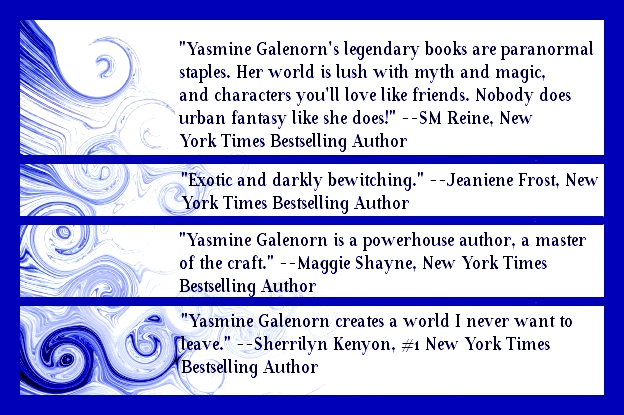 And yes, I’m a shamanic witch and am considered an elder in the Pagan community, having been in the Craft since February 29th (yes, leap year day), 1980.  I walk an eclectic path and consider my life to be a blend of teacups and tattoos–the former in my china closet, the latter on my skin–I’m heavily inked. You’ll find some of my magickal musings under the category of “Paganism” on my blog.

I collect teacups, teapots, Old Country Roses china (Royal Albert), antlers and skulls (of the non-human variety), daggers and crystals.  And of course, my bookshelves and my Kindle are overflowing with books.  I cannot walk out of a bookstore without buying at least one book.  My TBR pile is huge, both on my Kindle and on my bookshelves!

I’m a theatre major, a 1983 graduate of the Evergreen State College (Olympia WA).  I started college when I was fifteen, skipping high school.  I took extra time to finish because of money considerations and a hiatus when I was 17, to hitchhike to California where I lived with one of my sisters for a brief time.

On Beltane, 1993 (May 1st) I married Samwise and we’re still very happily married. We are the parents of four cats. Our four senior girls went over the Bridge a few years ago and we still miss them terribly, but we now have three wonderful girls all around 9 years old, and our l’il boy Apple. We reside in the Seattle WA area.

Because so many people ask, you pronounce my first name this way: Yaz-mihn (NOT Jasmine–it’s a “Y”, not a “J”) and our last name is pronounced: Gal-eh-norn. The accent is on the first syllable. Interesting trivia: Samwise and I created our last name together after we got married. At first, he took my last name, but I decided I didn’t want to be stuck with my stepfather’s last name forever.  So we decided to construct a name that would be ours alone and that would mean something to us.  We created our last name out of the Elvish in LOTR. Galenorn means Green Tree in Elvish, went to court, and legalized it. And yes, Samwise is his *real* name.

As to other information, well, that’s all you really need to know for now.